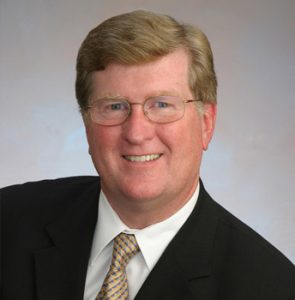 As president of ICDC, Mr. Young guides all facets of The Irvine Company’s community master-planning and development process, which began more than 45 years ago. From the villages of Woodbury, Northpark and Woodbridge in Irvine, to the coastal communities of Crystal Cove and Newport Coast, the residential communities on The Irvine Ranch have won many national awards and are admired for their unique character and livability.

His community involvement includes 11 years on the Santa Ana City Council, including eight years as mayor. In his official capacity as mayor, Mr. Young also served on the board of directors of several regional agencies, including the Metropolitan Water District and the Orange County Transportation Authority.

Mr. Young received his bachelor’s degree from California State University, Fullerton, and did graduate work in public administration at the University of Southern California.

In addition to its master-planned communities, The Irvine Company also is known for its portfolio of high-quality investment properties—office, retail and apartment—it owns in Orange County, San Diego, West Los Angeles and the Silicon Valley. The company’s holdings include approximately 40 retail centers, a diverse portfolio of retail, office and campus-office properties that includes the 5,000-acre Irvine Spectrum, and approximately 90 apartment communities.

The Irvine Company traces its roots to the 1860s with the assembly of The Irvine Ranch from Mexican and Spanish land grants. The company was incorporated in 1894.