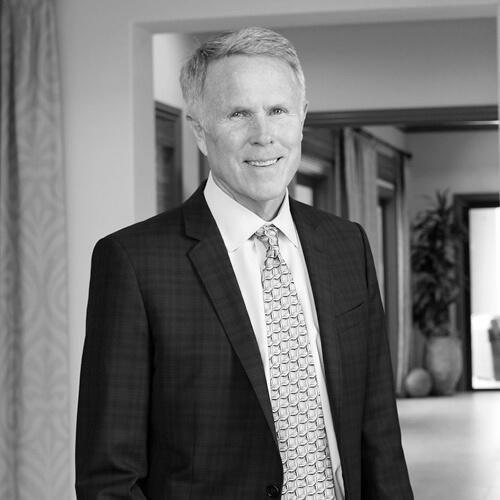 Bob Yoder is President of Shea Homes Southern California, a division of Shea Homes, which is one of the largest, privately held homebuilders in the United States. He is responsible for the profitability of the division, which is engaged in the planning, design, development, construction, marketing and sales of single and multiple residential units throughout Orange, Los Angeles, Ventura, Riverside and San Bernardino Counties. Shea Homes currently operates in California, Arizona, Colorado, North Carolina, South Carolina and Washington.

Although he grew up working for his father’s construction company, upon graduating from the University of Southern California, he served as head men’s volleyball coach for two years at Ohio State University followed by eight years in the same position at USC. His 1988 USC team won the NCAA Championship.

Yoder has an undergraduate degree in Economics and a Masters in Business Administration with an emphasis in Real Estate Finance from USC. He served on the HomeAid Inland Empire Board in 2006 and 2007, and the division continues as an active supporter of HomeAid Orange County. He is also actively involved in leadership in the Building Industry Association of Southern California (BIASC), serving as Riverside Chapter President in 2008, BIASC President in 2011 and 2012, and currently serving on the association’s Governing Board.