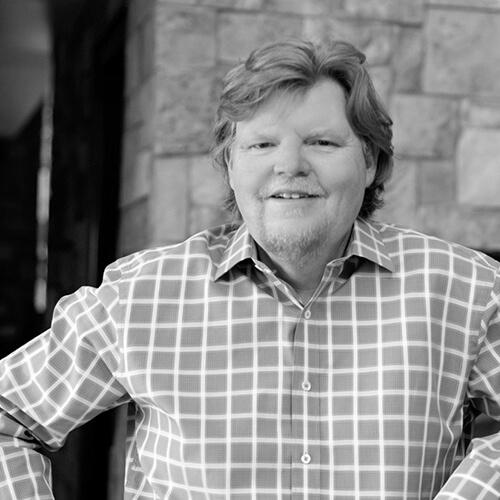 Michael L. Woodley, AIA, graduated from Cal Poly San Luis Obispo with a Bachelor of Architecture in 1983 after first receiving an Associate of Arts in Construction Technology from Santa Monica College in 1978.

Between 1984 and 1987 Woodley worked for Mission Viejo Company as part of the design team that developed the master-planned community of Highlands Ranch, Colorado. In 1987, he joined Kaufman & Broad to lead the company’s architecture for all divisions, including France. While working as Vice President of Architecture, Woodley became instrumental in establishing Kaufman & Broad as a leader in design. Through innovations such as the “upside-down house” and the “loffice,” Woodley furthered the reputation of the company with his smart home designs.

In 1998, Woodley founded Woodley Architectural Group, Inc. He personally leads his design team, which is a key element in the reputation and success of Woodley Architectural Group. Woodley’s hands-on approach and interactive design charrette process have established him as a highly successful, innovative architect, sought out by a wide variety of homebuilders nationally and abroad. His passion, retail approach to housing, and sensitivity to project budget have been instrumental in winning widespread industry recognition. The firm’s work is represented throughout California, the United States, China, Costa Rica, Egypt, Mexico and the United Arab Emirates.

​Woodley is a registered architect in Arizona, California, Colorado, Hawaii, New Mexico, Nevada, Tennessee, Utah and Virginia. He is a member of the AIA, BIA, NAHB, and NCARB. He has been featured speaker at AIA, NAHB, PCBC, and ULI functions. Woodley has also judged major design competitions throughout the United States.