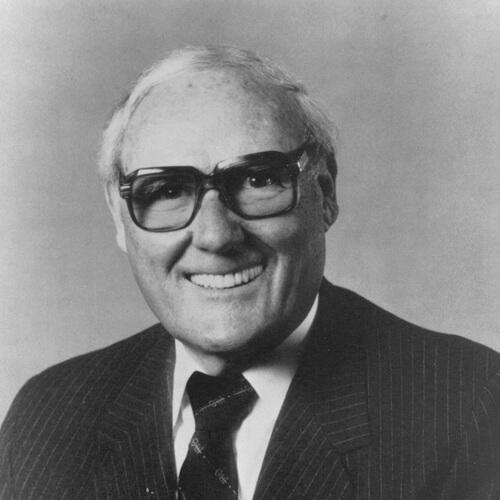 Raymond A. Watt, Chairman of the Board and Chief Executive Officer of Watt Group, Inc., headquartered in Santa Monica, California is a nationally recognized leader in the building industry and a prominent Southern California civic leader. In the years since he founded a building company in 1947, the company has grown from a small, family building business into a multi-faceted building and development corporation responsible for more than $6 billion in completed projects. These range from single-family homes to high- rise hotels and office complexes, and include such diverse products as master-planned communities, country clubs, government-sponsored low-income housing programs, business parks, shopping centers, and luxury condominium complexes. With 1985 residential sales of $283.5 million, Watt Industries, Inc., ranked number one in the Los Angeles Times' 15th Annual Survey of Residential Construction and Sales Activity in Southern California.

Ray Watt has been a leader in the public as well as the private sector of the building industry. In 1969, he was appointed Assistant Secretary of Housing and Urban Development by George Romney. Later that year, he was elected President of the National Corporation of housing Partnerships, a corporation established by Congress to accelerate development of middle- and low-income housing. He continued to serve on the NCHP Board of directors. He served as Chairman of the Federal Home Loan Bank of San Francisco from 1972 to 1979.

Ray Watt is a major supporter of the University of Southern California where he has served on the Board of Trustees since 1968 and was awarded an honorary Doctorate of Law degree. He was Chairman of the Fund Raising Campaign to renovate the Old Firehouse over Santa Monica Business Park for a critically needed neighborhood child care center. He served on the Advisory Board of the Southern California Association of Governments and is a Trustee of the City of hope, Wells Fargo Realty Advisers and the Hugh O'Brien Youth Foundation.

He served on the Board of Directors of several civic organizations, including Los Angeles public television station KCET and the Los Angeles Area Council of the Boy Scouts. He is a Director of the Corporate Fund for Housing, a non-profit corporation dedicated to providing income for low-income housing in Southern California. He was also named one of the Most Influential Leaders in the Past 100 Years by Builders Magazine in 1999.