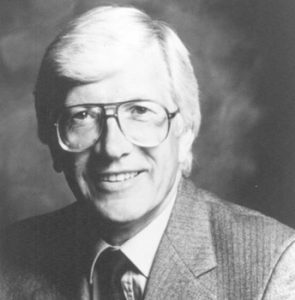 Gordon E. Tippell is President of G. E. Tippell, Inc. an international consulting company specializing in residential development. He is the former Chairman of Taylor Woodrow's Housing operations in the United States.

Mr. Tippell has 35 years of experience in the construction and development industry both in the United States and Great Britain. He worked for a variety of civil engineering consultants, contractors and public agencies in Britain before moving to the United States in 1977.

Mr. Tippell is the Chairman of Courage Safety Systems, a company specializing in safety-management and risk control and is also Chairman of Pacific US Real Estate Group, a land development company active in Southern California. Mr. Tippell was responsible for setting up the Californian operations for Taylor Woodrow Homes and later directed all of the company's United States housing operations in California, Nevada and Florida.

In 1989, Professional Builder magazine honored Mr. Tippell with the prestigious Achievement Award and in 1992 he was named Builder of the Year by Builder and Developer magazine. In 1994, Mr. Tippell was inducted into the California Building Industry Hall of Fame.

​In 1993, Mr. Tippell was awarded an O.B.E. by her Majesty Queen Elizabeth II for services to British Industry. He had previously served as President and Chairman of the British/American Chamber of Commerce, Orange County which he was instrumental in founding in 1990. Mr. Tippell received his education as a Civil Engineer at London University. He is a licensed contractor in the state of California.