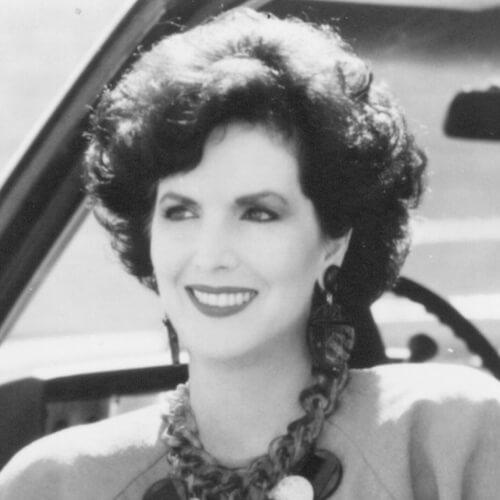 Kathryn G. Thompson is Chief Executive Officer of KGT Construction Company, a successor company to her company founded in 1967 and sold to The Koll Company in 1994. Based in Orange County, California, Ms. Thompson has continuously been active in all phases of real estate for the past 30 years. Ms. Thompson has earned an enviable reputation during her many active years in the real estate industry and has come a long way since buying her first property at age 16. This Dallas born entrepreneur owned her first company at age 25.

She has received numerous industry and civic awards, including induction into the California Building Industry Hall of Fame in 1991. Ms. Thompson's national reputation in home building was recognized by Presidential appointment in 1994 to the Fannie Mae Board of directors. Ms. Thompson considers this one of the most honored achievements, due to her appreciation of Fannie Mae's commitment to helping families achieve the "American Dream" of home ownership, a commitment that reflects the very heart of her career.

Experience has confirmed that home building is a very different kind of business. It requires thoughtful, diligent and visionary long-range planning. Homes completed by the company are there for everyone to see, not just for a year or two, but for generations. Kathryn G. Thompson's philosophy and thoughtful vision reinforces this premise through her guidance of careful strategic planning, long in advance of actual construction. Kathryn G. Thompson leads with this philosophy and personally enlists the full team to approach home building with this foundation.

High standards of business management and productivity fueled the national reputation of the entrepreneurship of her firm. In 1989, for the second year in a row, Sawy Magazine listed her as one of America's top 60 business owners. Chicago-based Profession Builder Magazine listed her company as the fastest growing in the annual national survey of GIANT 400 builders, and Washington, D.C. based American Business Conference solicited her membership, recognizing her as one of the top 100 executive officers of America's fastest growing mid-sized companies.

​Ms. Thompson has served on the Board of Directors and as a member of numerous Orange County and California real estate organizations and is a sustaining member of the Building Industry Association as well as a member of the Building Industry Association's President's Council. She has addressed the Pacific Coast Builders Conference, Stanford University Graduate School of Business and the University of Southern California's Lusk Center for Real Estate, of which she is also a founding member.

Philanthropist and community leader, she continues to assist a number of Orange County charities and organizations, earning her several major awards in volunteerism, including the Spirit of Life Award from the Construction Industries Alliance for the City of Hope and the Giving is Living Award from the Volunteer Center of Orange County, a United Way agency.

Kathryn Thompson is one of the few women to have been designated as a certified commercial investment broker and has been selected for listing in both Who Is Who in American Women and Who's Who in Women of the World. The national recognition of the firm was due to the high standards of home building established in many of its residential communities, the most prominent being Laguna Audubon, located in the planned community of Aliso Viejo, California. Providing homes priced from the low $100,000's to the mid $300,000's and sheltering all shapes and sizes of families from first-time home buyers to empty nesters to the affluent, Laguna Audubon was an ambitious, successful venture.