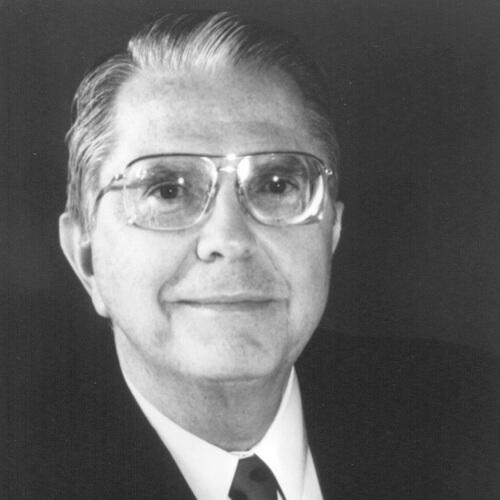 John P. Taglio was born in Modesto, California. He graduated from the University of Santa Clara in 1958 with a Bachelor of Science degree in Commerce.

John began his career in 1959 as a mortgage loan representative at Menlo Mortgage Company. In 1963, he was hired by First Interstate Bank specializing in New Home Development Financing. John entered the home building business in 1965 with the T. J. Martin Development Company.

​John joined Morrison Homes in 1970 as the Director of Sales. Subsequently, he was promoted to Regional Manager, and in 1981 to Senior Vice President. He served as President until his retirement in 1994. As President, John focused on building and maintaining Morrison Homes' reputation as a quality builder. Through his leadership, Morrison Homes built over 12,000 homes and developed over 14,000 lots. Mr. Taglio was instrumental in establishing new regions in Northern California including both Sacramento and Central Valley regions. John also completed the first Senior Housing Project in a joint venture with Sun Capitol Properties.

Under John's presidency, Morrison Homes supported many community organizations and programs including Habitat for Humanity, League of Women Voters, Citizens for Property Rights, Youth Sports throughout the Bay Area and Sacramento, and anti-drug and alcohol programs in Northern California schools. He was also an active leader in the Contra Costa County Chapter of the Boy Scouts.

In addition to his civic activities, Mr. Taglio was an active Building Industry Association member for over 22 years. He was a charter member of the Bay Area Sales and Marketing Council and a Co-chair of the first annual MAME Awards. John's professional affiliations also include the National Home Builders Association.

John and his wife, Carol, live in Walnut Creek and have three children.