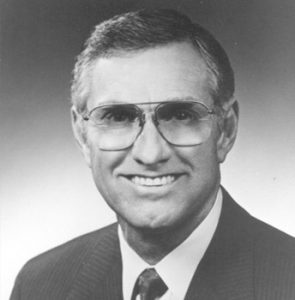 Dale Stuard, who has over 40 years of experience in building homes, apartments and commercial buildings, is Chairman of the Board of Stuard Industries, Inc. Stuard Industries is owned and operated by Dale and his wife Bea, and develop residential projects primarily in Orange, Riverside and San Bernardino Counties.

Dale’s building industry career began in 1952 when he became an apprentice carpenter. Two years later, he acquired a State Contractor’s License and for the next 10 years, he engaged in the construction of premium custom homes for the ranchers of Orange and Imperial Counties.

In the late 1960’s, Dale formed American National Housing, Inc., and entered the production housing business. Between 1968 and 1980, he produced approximately 4,500 homes in Southern California and Phoenix, Arizona.

In 1981, he was appointed to Barratt’s Board as a Director, and acquired McKeon Construction for Barratt several months later. After reorganizing the two companies into six operating divisions throughout California, Dale left Barratt in 1982 to form Stuard Industries, Inc.

Dale takes pride in the development of his communities, and has served as President and Trustee of the District Board of Education and Chairman of the Foundation Valley Planning Commission, while his wife Bea served as City Treasurer. Dale and Bea have two sons and a daughter, all of whom work in the homebuilding industry.