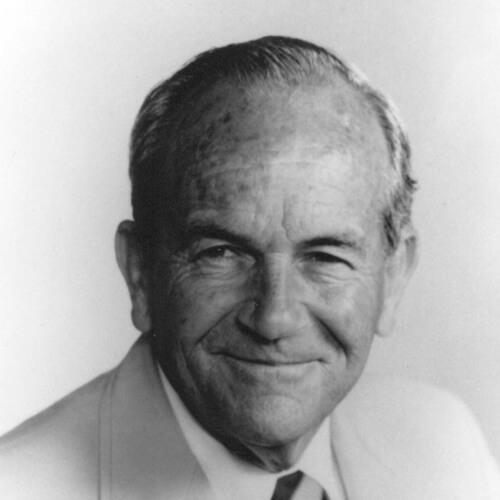 Following an auspicious career in the Naval Air Corps and stints in the logging and real estate sales fields, Richard B. Smith founded Broadmoor Homes in the late 1950's and quickly emerged as one of Orange County's most dynamic leaders in the homebuilding industry. In the 31 years that followed, he built homes in such diverse areas as the Irvine Ranch (where he built the least expensive and most expensive homes simultaneously), San Diego County, the San Francisco Peninsula as well as in Contra Costa County where he developed the ambitious Crow Canyon Country Club.

During his long career in the building industry, Richard B. Smith and Broadmoor Homes completed more than 6,000 homes and lots.

Among the many honors and awards he has received were the "Spirit of Life" award from Construction Industries Alliance of the city of Hope in 1978, and Professional Builder magazine's "Builder of the Year" in 1979.

His unique management style and continuing search for excellence is reflected in the success of those who worked with him. A score of former Broadmoor Homes' employees have gome on to form their own successful building companies or have become senior executives of nationally recognized building firms.

Mr. Smith sold Broadmoor Homes to Genstar in 1973 and retired in 1981. Since that time, he has served as a director of the Defense Orientation Conference Association. Under its auspices, he has visited military bases throughout the world and across North American. He has met with foreign leaders and toured U.S. installations and embassies in Europe, the Middle East and throughout Latin America.

Dick and Betty Jane Smith live in Big Canyon, Newport Beach. Many of their private travels has focused on golf in the British Isles, Scandinavia, Spain, Portugal, Czechoslovakia, Hungary and Yugoslavia.