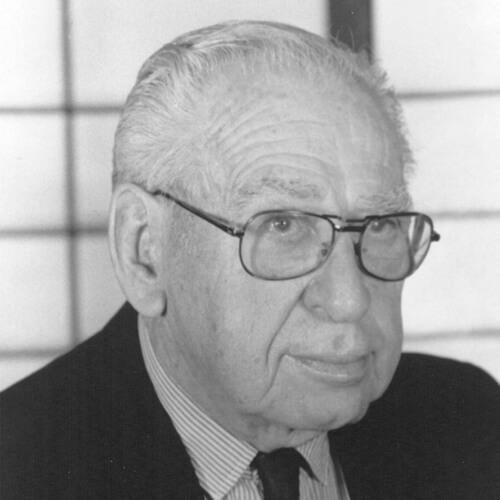 Nearly all of Earl W. "Flat Top" Smith's 80 years have been spent as a California builder. Starting at age 14 at his father's side, Smith became an "all-around" home builder, a pioneer in the construction of affordable housing, and an active supporter of the building industry.

Smith earned the name "Flat Top" for his innovative design in 1947 of the flat-roofed home built on cement slab. This design opened the door of home ownership to thousands of post World War II Californians.

Smith built more than 25,000 "flat tops" until the early 1960's when he switched to building California's first zero-lot line homes. Again, as an affordable housing proponent, he was able to cut costs by building the more tradition-style home but with low-pitched roofs and "compact" lot placement allowing families to buy into the "American Dream."

In the early 1940's, Smith began his involvement in home building associations as one of the founding members and the third President of the Association of Home Builders of the Greater East Bay. This group represented home builders in Alameda and Contra Costa Counties, and soon joined six other associations in the state to form the then Home Builders Council of California. "Flat Top" became the third state President in 1948.

In 1955, "Flat Top" was elected President of the National Association of Home Builders. As President, he brought about the first official "people to people" exchange with representatives of the Soviet Ministry of Construction and the heralded "Homes for Korea" program. In later years, he also helped establish an improved housing industry for the country of Equador.

​In 1978, Mr. Smith was inducted into the National Housing Hall of Fame. He was honored by the National Association of Home Builders Research Institute for promoting "improved building techniques, more economical construction methods, and fundamental improvements in the standard of American housing." Earl was also a Regent of St. Mary's College in Moraga, where he also served as a guest lecturer in the Graduate School of Business.