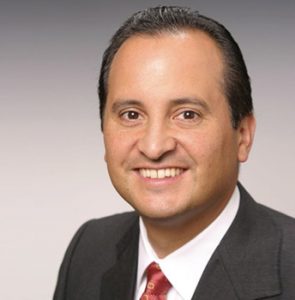 Bert Selva is president and CEO of Shea Homes, the largest, privately-held homebuilder in America which operates in California, Arizona, Colorado, Washington and Florida. Shea Homes is a division of the J. F. Shea Co., Inc., one of the oldest and largest privately-held construction companies in the country. In its more than 125-year history, Shea has been involved with some of the country’s most significant construction projects, including the Golden Gate Bridge and the Hoover Dam.

Bert joined Shea Homes in 1996 and previously served as the president of the Colorado division, which he started in September 1996. During his tenure, he was responsible for all homebuilding and commercial development activities in Colorado. Under his leadership, the 22,000-acre Highlands Ranch was acquired and developed, and today is one of the nation’s leading master-planned communities.

Prior to joining Shea Homes, Bert was a senior executive and involved in all aspects of the start-up and business operations of the Colorado division of KB Home. He previously served as chief financial officer with Signature Homes in Orange County, California. Additionally, Bert has served as a management consultant with Arthur Andersen & Company, and as an international banker working in Hong Kong, Seoul, Korea and Tokyo, Japan.

​Bert serves on the National Advisory Board of HomeAid America.  He is also a National Vice President, MDA (Muscular Dystrophy Association)/Augie’s Quest, focused on treatments and cures for amyotrophic lateral sclerosis (ALS/Lou Gehrig’s disease). Bert is a member of the Young Presidents’ Organization (YPO) and has also served as a Trustee on the Board at Regis University in Denver and on the Board of Mercy Housing California. Bert is a member of Leading Builders of America and past president of the Homebuilders Association of Metro Denver.

Bert and his family reside in Newport Beach, California.