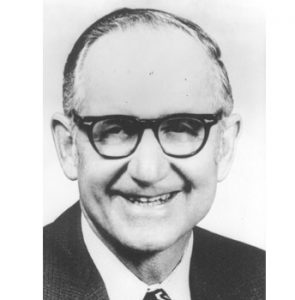 Stanley C. Scott was born and educated in San Diego. He started in the building industry at an early age, working for his father. In 1945, he became President of Jackson & Scott, Inc. Builders and Developers. The corporation was responsible for the development of some 20 subdivisions within San Diego County, including more than 3,000 homes. The firm also built commercial structures and schools.

​Stan had also been active in statewide industry activities, serving on the State Task Force on Housing and Construction. He was a Lifetime Director of the California Building Industry Association, where he served as President in 1959. He helped found the Pacific Coast Builders Conference (PCBC) in 1959, served as the PCBC President in 1960, and received the prestigious Rodney Radom Award for his long-term contributions to the Pacific Coast Builders Conference and the industry. He also served as Regional Vice President and Director of the National Association of Home Builders. Stan is survived by his wife, Virginia, and their daughter, Mrs. Karen Harnlin, and son, Stuart, who is a third generation building contractor and who also served as President of the San Diego Building Industry Association.