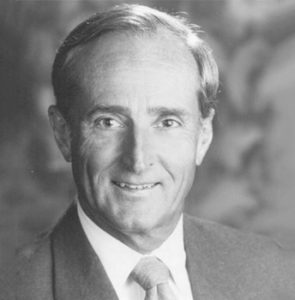 Dick J. Randall first joined The William Lyon Company as a Tract Salesman in 1972; served as Sales Manager, Area Manager and Vice President, Regional Manager, Executive Vice President, and became a member of the Board of Directors in 1976. In December 1981, he was appointed President of the company overseeing the operations in California, Nevada, Colorado, Georgia and Florida until his retirement in December, 1992.

He was very active in the building industry activities, including being President of the Southern Division of the Builders Association in 1975 and representing that division during creation of the Building Association of Northern California. He was extremely active in the merger of the four Bay Area chapters of the National Home Builders Association of Northern California, serving as Chairman of that organization in 1976. Mr. Randall has served as a delegate to the California Builders Council, as well as a delegate to the National Association of Home Builders, and is a 100 Penny, Life Time Spike.

​Mr. Randall resides in Cupertino, California with his wife, Carolyn, and daughter, Tiffany (when Tiffany is home from the University of Southern California).