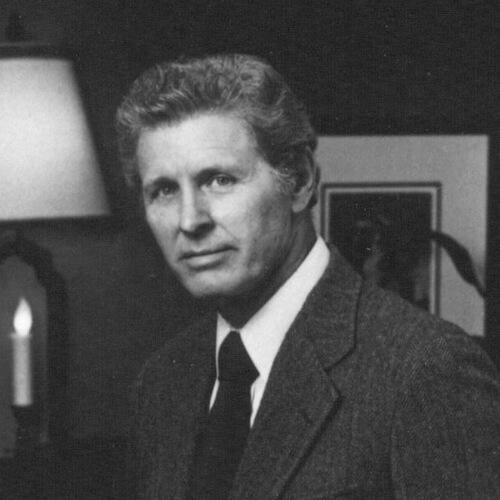 Randall E. Presley began his homebuilding career in Bakersfield after serving in World War II as a pilot and bombardier. As a young real estate broker and subdivider, he saw the need for low- to-medium priced quality homes, and after several years of having other builders construct the homes on his developments, in 1951 he sold his real estate business and moved into residential construction.

In 1956, he founded Presley Development Company in which he did the majority of his construction business. In 1963, that company changed its headquarters from Bakersfield to Orange County, where in June 1969, Presley Development Company became publicly owned and was traded on the American Stock Exchange, and, later the New York Stock Exchange. On December 11, 1984, the company merged with Pacific Lighting Corporation.

During his years in the building industry , the Presley Companies built more than 160 residential communities. At one time it was the ninth largest homebuilder in the United States, with operations in Maryland, Virginia, Illinois, New Mexico, Arizona and both Northern and Southern California. As a major housing producer, the company was a leader in creating functional and efficient designs that appeal to a broad spectrum of homebuyers. During times of recession in the housing market, the Presley Companies enjoyed above average sales through extensive use of innovative marketing and financing programs.

As one of the original founders and co-Chairman of CEEED, Mr. Presley played an active role in the development of this outstanding organization, which brought together labor and management to form a coalition to promote the construction industry's position on a strong free enterprise system and a strong voice for property rights and environmental balance.

Mr. Presley also has been a long time member and former Director of the Building Industry Association and was co-founder and Chairman of the Committee for Monetary Reform, an organization with the objective of making our country's central bank truly independent of undue influence by any segment of business or industry. To accomplish this, the Committee filed a lawsuit against the Federal Reserve System for the removal of five bankers from the Federal Open Market Committee. And, concurrently, has paid the cost of a similar suit brought by a member of the United States Senate with the same objective.

Mr. Presley is an active member in several charities, including serving on the Board of Directors of the Orange County Council Boy Scouts of America, City of Hope, Construction Industries Alliance, and others.

​He believes that the Building Industry Association must continue to grow in numbers and in strength if that industry is to meet the needs of the American homebuyer.