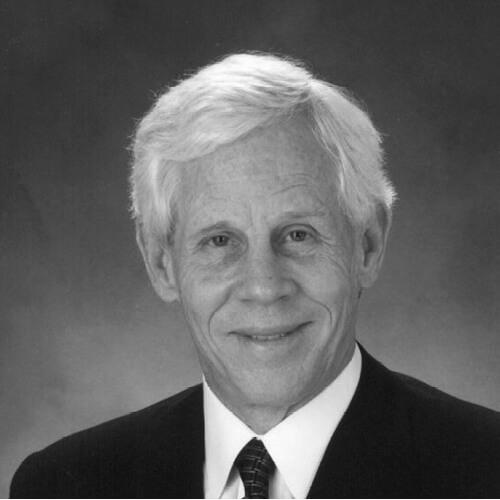 Homeowners fortunate enough to live in a home built by Jim Peters can rest assured that their home is as functional as it stylish and ever-growing in long-term value-attributes that have been the benchmark of Jim's career.

Jim's path to building excellence began in 1961 when he joined the staff of Pacesetter Homes, where he eventually became General Manager. He took that experience and founded Ponderosa Homes in 1968 with Albert DeYoung. When the firm was sold two years later, Jim remained on as President and Chief Executive Officer. Under his direction, Ponderosa Homes became a major builder, with operating divisions in San Jose, Newport Beach and Phoenix producing 1,400 housing units per year.

In 1975, Jim left Ponderosa to open the J. M. Peters Company. As head of his own company, he focused his developments for the executive or "move-up" market segment. So successful was this concept that it became widely emulated by the building industry. In just 5 years, the J. M. Peters Company was already ranked ninth according to sales volume in the Los Angeles Times Annual Survey-testament to Jim's ability to gauge the public's taste.

In August 1985, the J. M. Peters Company was sold to Southmark, a real estate financial services corporation based in Dallas, Texas. Jim stayed on as President and Chief Executive Officer, expanding the company's presence in Southern California and realizing a sales volume of $390,000,000 in 1988 on the closing of 1223 units. All told, Jim has been responsible for building and marketing 12,000 housing units, among them the highly-regarded Belcourt in Newport Beach. Along the way he has received numerous honors for his developments, including several Gold Nugget awards.

In March 1993, Jim retired from the company that bore his name to pursue other interests. Those other interests include involvement in such community organizations as Mardan School, Boy Scouts of America, City of Hope, and the Board of Councillors for the UCLA Foundation.

The love of building homes is as strong as ever for Jim. He is presently one of the principals of the Peters-Hover Company, which along with partners has built upscale single- family housing projects at The Citrus and PGA West in La Quinta. Jim resides in Newport Beach with his wife, Beverly, allowing him to dote on his grandchildren, who are conveniently located nearby in Orange County. The game of golf is another of his passions, enough so to lure him across the pond to play the classic old courses of Ireland.

​The building industry is all the better for people like Jim Peters. As a trend-setting developer, Jim's legacy is as intact as the quality he's built into his homes.