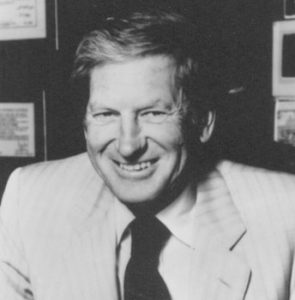 ​He is also Chairman of the American Citizenship Youth Program at Pepperdine University, and Chairman of the Board of Counselors for USC's College of Continuing Education. He received an honorary Doctorate of Law degree from Pepperdine, and was awarded USC's School of Business Administration Alumni Award for outstanding achievement in 1977. He received the 1983 Construction Industry Good Scout Award from the Los Angeles Area Council of the Boy Scouts of America. Doug has donated significantly to many charities including the UCLA Medical Center, the Boy Scouts and USC. He also donated the largest private endowment for the USC library, and the Mr. and Mrs. J. Douglas Pardee Oncology Unit at Santa Monica Hospital where he is Chairman of the Board of Trustees.