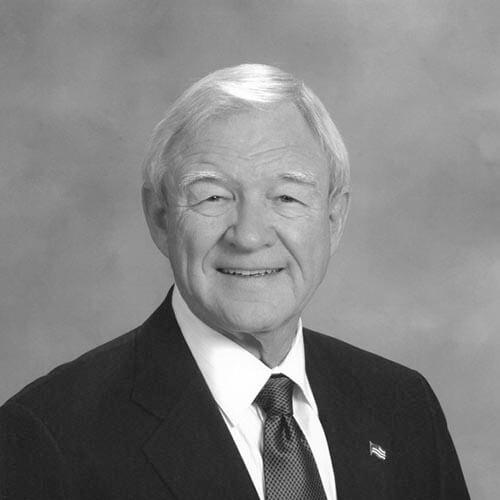 Richard Oliphant was born in Toddville, Iowa, grew up in Iowa City, Iowa and started in the development, real estate and construction business after attending the University of Iowa. Dick married Jan and they had five children and are now proud grandparents of seven.

Two Palomar Vice Presidents and Dick purchased Palm City and changed the name to Palm Desert Country Club. They finished that project and started building apartments from Northern to Southern California and in Arizona. This venture created 1,500 units. In Palm Desert, Dick and his Partner developed and constructed country clubs, housing developments, and commercial and office buildings.

Two of Dick’s most recognizable projects include the Indian Wells Tennis Gardens, home of the world’s 5th largest tennis tournament and the Classic golf course project in Palm Desert that is home for the Bob Hope Classic. Both of these projects are featured on international television annually.

Dick is the recipient of many awards including an Honorary Doctorate from the California State University system. He was on the Indian Wells City council for eight years and its’ Mayor for eight years.

Dick can be found on the golf course, traveling and enjoying time with his wife and family.