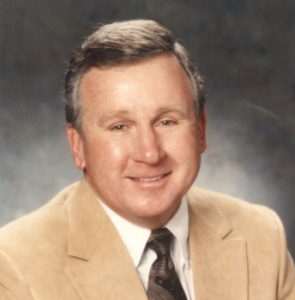 In 1983, Mr. Moiso founded Santa Margarita Company and assembled a team of professionals to join him in the management of all activities and operations of the Rancho Mission Viejo. Mr. Moiso and his team consider themselves stewards of the land and, as such, take great pride in the responsibilities associated with the Ranch.

A portion of the Ranch was developed as the 5,000-acre Rancho Santa Margarita community in South Orange County. The unique "urban village" master plan for Rancho Santa Margarita provided for a balance of housing for ultimately 40,000 people, and jobs for up to 30,000. Included in the town's master plan was a 700-acre employment area (consisting of a 450-acre business park and a 250-acre town center), numerous schools, a public golf course, three neighborhood retail centers, medical facilities, several day care centers, and various places of worship. Over half of the community was planned as open space and recreational facilities.

Also developed by Santa Margarita Company was the town of Las Flores, located on 1,000-acres south of Rancho Santa Margarita. The plan for Las Flores identified a mix of 2,500 entry-level and first-time move-up residential units, two community parks, a public school (K-8) and a neighborhood retail/commercial center. Nearly 600 acres of the town was planned as open space.

Mr. Moiso's personal involvement in a variety of community affairs include:

​Mr. Moiso, a graduate of Stanford University, lives in Orange County with his wife, Melinda.