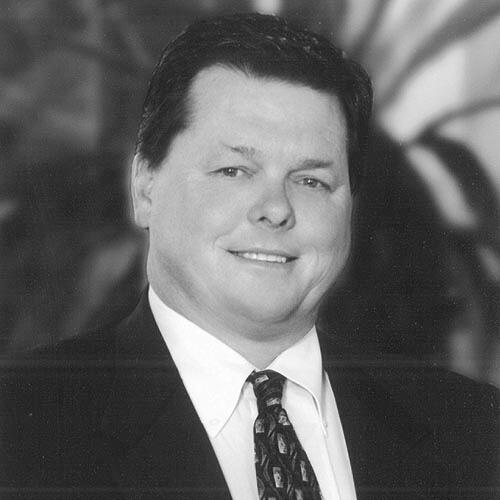 President and CEO of The Corky McMillin Companies, Mark McMillin joined the McMillin organization in 1979. The Corky McMillin Companies was founded by his late father Corky McMillin in 1960 and is now headed by Mark and his brother Scott McMillin, Chairman of the Board. Mark is one of five people on McMillin’s Executive Committee, which guides the strategic planning for all entities within the McMillin organization. Mark specifically oversees land acquisition and development, home building, sales and marketing, and customer service.

Started in 1960 as a remodeling and custom-home builder, The Corky McMillin Companies has grown into a fully integrated real estate investment, land development and home-building company and in recent years expanded its operations outside the San Diego area, where it was founded. The Corky McMillin Companies now operates in the California markets of San Diego, Riverside, Imperial and Kern counties, Visalia and Fresno in California’s Central Valley, as well as San Antonio, Texas.  Specializing in move-up products for second- and third-time buyers, the company also provides mortgage, escrow and real estate brokerage services in San Diego. The Corky McMillin Companies has built nearly 30,000 residences since 1960. In addition, it has created 16 mixed-use master-planned communities, more than 20 community parks, thousands of miles of new roads, schools, shopping centers, commercial office and industrial parks, college dormitories and 2,000 military residences on seven bases.

The Corky McMillin Companies has experienced great growth during the past few years. The company formerly built and sold approximately 500 homes annually. This number increased to nearly 2,000 homes in 2005 and currently the firm averages 1,000 closings per year. Largely under Mark and his brother Scott’s leadership, The Corky McMillin Companies has served as master developer of Liberty Station, the critically acclaimed redevelopment of the former Naval Training Center in San Diego. The National Association of Defense Communities recently named Liberty Station the 2007 Base Redevelopment Community of the Year.

With nearly 30 years of real estate experience to his name, Mark McMillin is a third-generation real estate entrepreneur. His tenure in the McMillin organization includes vice chairman of The Corky McMillin Companies as well as president of McMillin Homes, Diversified Building Services and Diversified Turnkey Construction Services, an institutional and government building contractor.

Mark graduated with a bachelor of arts degree in Business from San Diego State University in 1979. He is a past president of the Building Industry Association of San Diego County and has served on the association’s board of directors previously for four years and is back on the board for 2008. He also serves on the California Major Builders Council for the California Building Industry Association and on the board of directors for the National Association of Homebuilders. In 1996, the BIA named him its Industry Professional of the Year.

Mark McMillin’s legacy to the BIA of San Diego County includes the establishment of its annual Installation Gala as the largest annual fundraiser for the organization. Under his presidency, he established the BIA communications committee and hired the organization’s first internal communications director, making internal communications the priority it should be. This led to the BIA’s extremely successful Crusader get-out-the-vote program, among other innovative communication strategies. Additionally, McMillin was the host developer of the first two Tour d’Elegance events in San Diego, which each raised $60,000 and $80,000 for BIA coffers, respectively.

​Mark McMillin is quite active in community organizations, despite his demanding schedule as the head of a multifaceted home-building organization. He is a longtime member of the board of directors of United Cerebral Palsy Association of San Diego and he is a member of The Campanile Foundation’s board of directors at San Diego State University. He is a member of Lambda Alpha San Diego, The New Majority and the Lincoln Club of San Diego County, and is actively involved with the Kids Included Together charity along with his wife C’Ann. Mark is the father of three and is an off-road racing enthusiast and decorated racing champion. California Governor Arnold Schwarzenegger recently appointed him to a seat on the California Off-Highway Motor Vehicle Recreation Commission.