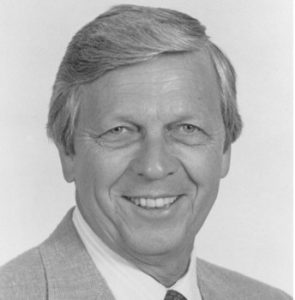 From gross sales of less than $100,000 the first year, Corky gradually expanded the McMillin organization into a small tract subdivision and then eventually into multi-neighborhood communities. Today, the company's current scope encompasses six master-planned communities. Fifteen new home neighborhoods and seven resale offices throughout San Diego and Riverside Counties. Professional Builder Magazine refers to The Corky McMillin Companies as one of the U.S. "Housing Giants."

In his younger years, Corky spent his spare time racing hot rods around the back roads of south San Diego. This was to turn into a lifelong avocation. In business circles today, he is San Diego's Quality Homebuilder. In off-road racing circles, he is a championship racer having won both the Baja 1,000 and the Baja 500 in past years. Since Corky founded his company in 1960, he and his employees have been generously recognized on the regional, national, state and local levels.

A past president of the San Diego Building Industry Association, Corky McMillin has been involved in the growth and policies of the building industry locally and regionally. The local association has honored him by making him one of only six initial inductees into their local Hall of Fame as well as bestowing him with the prestigious Lee Hubbard Award for community involvement.

In 1997, the accounting firm of Ernest and Young named him San Diego Real Estate Entrepreneur of the Year and in 1999, the San Diego City Council declared Tuesday, January 19th, "The Corky McMillin Companies Day" to recognize Corky and his employees for their continued involvement in community projects throughout San Diego.

​In his 39 years in business, Corky's firm has provided homes for over 10,000 families. The Corky McMillin Companies has over 400 employees and 200 real estate agents. Corky has amassed a team of specialists in every area of real estate with a continuing reverence for teamwork, communication, loyalty, and integrity. Corky and his team have worked for more than four decades to make the McMillin name a hallmark of dependability and success.