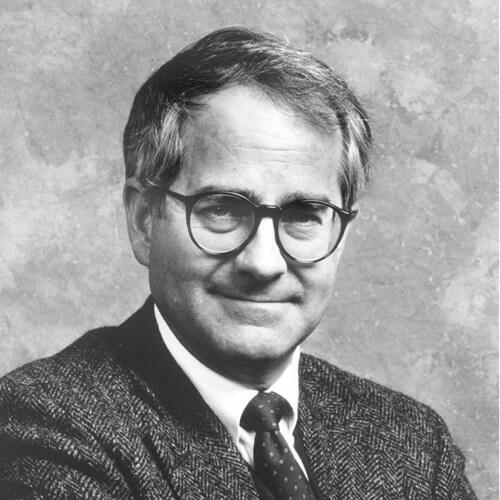 McCuen came to the building industry in 1980, having achieved dramatic success in two other careers: academia and the high-technology industry. Entering Stanford University on an Eagle Scout scholarship, McCuen graduated at top of his engineering class in 1957, earned a master's degree, then a doctorate, also at the top of his class. After four years on Stanford's engineering faculty, his entrepreneurial nature and interest in thermodynamics took him into the high-tech aerospace industry as a consultant to Vidya. When that company was sold in 1965, McCuen raised venture capital to buy its thermodynamics department and create a company eventually known as Acurex.

After eight profitable years at Acurex, McCuen left to head Verbatim Corp. Under his leadership, Verbatim became the world's largest manufacturer of flexible disks, achieving a 35% share of the global market. In 1979, he took Verbatim public. A year later, he "retired" to Sacramento, an area he had investigated while establishing production plants in North Carolina, Ireland, Japan, Australia, and California.

Once in Sacramento, McCuen's plans to duck hunt and dabble in real estate quickly led to a more committed career as a visionary developer. With the experience of Silicon Valley fresh in his mind, McCuen recognized that the Sacramento region possessed all the elements to attract high-tech companies looking for affordable land and housing, an educated work force, and a quality of life that would appeal to knowledge workers.

When McCuen saw the undeveloped land along the Highway 50 corridor, he realized its potential as a site on which to replicate the landscaped office parks of Silicon Valley. First as McCuen and Steel, and later through the successor company, McCuen Properties, McCuen rapidly moved from a passive investor into a developer and into an unofficial economic development director for the entire Capital Region, laying the foundation for Sacramento to emerge as an important adjunct to Silicon Valley. He is widely attributed with bringing companies like Intel and Sprint to the Sacramento region and was named Sacramentan of the Year in 1999. "Some believe he had more impact on economic development in the Sacramento area than any other individual in the last 20 years," the Sacramento Bee editorialized when Peter McCuen died last November. McCuen was associated with more than 100 buildings in the region, including U.S. Bank Plaza, the Money Store headquarters, and the conversion of Mather Field from an abandoned air base into an office and industrial park on behalf of Sacramento County.

Accomplished as an engineer, entrepreneur and developer, Peter McCuen was above all else a gentleman. "Peter was always pleased and amazed by how much influence a person could have by doing good deeds," says Susan Peters-McCuen, who settles on the word "optimism" to describe her husband and business partner. "Peter had what some might call old fashioned values. He felt it was his responsibility to create a better natural and built environment."

McCuen's involvement as chairman of the Leland Stanford Mansion Foundation, and as a benefactor to the Regional Pride Excellence award in 1991. He served on the advisory boards of the Cancer Center at UC Davis Medical Center and of the Engineer School and the Graduate School of Management at UCD, as well as the advisory board to the president of California State University, Sacramento. He also was involved in the state's Clean Air Partnership, and on the board of Sacramento Area Commerce and Trade Organization (SACTO). Appropriately for an educator, McCuen was a member of the Commission for the Review of the Master Plan for Higher Education in California, as well as the California Advisory Board on Air Quality and Fuels.

​Peter A. McCuen was a man of exceptional intelligence with an ability to put that intelligence to visionary use to benefit his adopted hometown and the entire Capital Region.