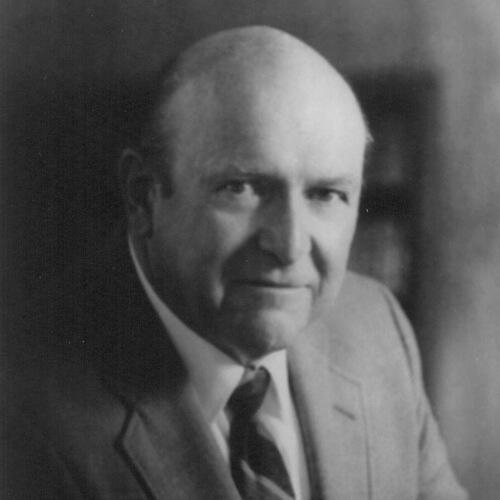 Donald D. McCormick was a man of many accomplishments. He built homes under his own name, The McCormick Company. He worked hard at the business, and he enjoyed the fruits of his labors.

One thing that made Don stand out was the way he saw "the big picture." He had a strong commitment to the building industry. He served as a Director of the National Association of Home Builders, making frequent trips to Washington, D.C. to represent the industry. He knew that the government had a profound impact on the construction industry, and he wanted to be sure that his voice as a small volume builder was heard.

Don also served as a Director and Officer of the California Building Industry Association. He was Treasurer and would have been President in 1992. Don was a leader, but he did not seek leadership for his own sake or self-promotion. Don wanted to contribute, to give back something of what he had received in his long career in the building industry.

​As a young man, Don pursued a career in civil engineering. He and a partner joined together early on and formed the firm of Murray-McCormick, which grew into a company that not only dominated the Sacramento market but had offices in major cities around the country. Along the way, Don helped many young engineers get started and he was proud to see these men become successful.

Eventually, the company was sold, and Don then worked at a managerial level for The Hofmann Company. In time though, the entrepreneurial spirit once again took hold and Don went into business for himself. During the early and mid-80's, Don also became involved in the Building Industry Association of Superior California. He served on the Board of Directors and was elected President in 1986. Throughout those years, Don made sure that the voice of the small businessman was heard in the Association. He continued to be active in the Building Industry Association beyond his year as President. Don is survived by his wife, Violet, and four children.