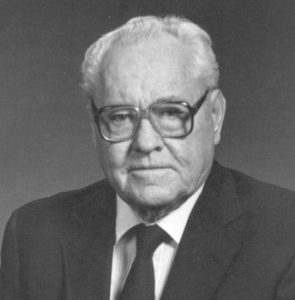 A native Californian, Paul attended the University of San Francisco School of Law where he graduated with an L.L.B. degree. On his admission to the California State Bar, McCarron joined the Law Department of a San Francisco firm with statewide interests in the planning, construction and land use field, thus acquiring wide experience with the impact of governmental regulations at state and municipal levels.

McCarron's early experience led to a life-long career in the handling of legislative and lobbying problems in construction and related industries. In addition to representing the California Building Industry Association, McCarron represented the California Association of Realtors and the Associated General Contractors.

As the California Building Industry Association's lobbyist, McCarron served on the Industry Advisory Council to the California Assembly Committee on Housing during the Chairmanship of Pete Wilson, and he was routinely consulted throughout his career by the California Department of housing and Community Development and the State Contractor's License Board on matters affecting the construction industry.

His peers in the lobbying corps recall that hardly a bill affecting the construction industry could be processed during the 1960's and 1970's without the review and comment of Paul McCarron. The respect with which he was held by fellow lobbyists, state administrators, and legislators contributed greatly to the effectiveness and growth of the California Building Industry Association.

​McCarron received the Rodney Radom Memorial Award in 1977 from the Pacific Coast Builders Conference for his distinguished service to the industry. Paul passed away on November 20, 1995. He is survived by his wife, Helen, and four daughters.