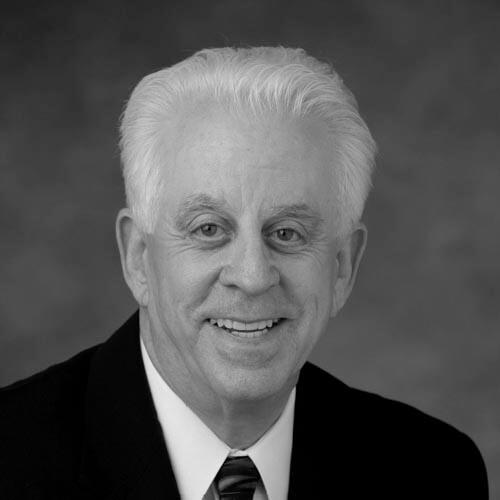 Dave MacLellan was born and raised in Pittsburgh, Pennsylvania. He attended the Ben Avon public schools before entering Penn State University. Dave distinguished himself early, when at the age of 13, he became the youngest Eagle Scout in America. President Dwight Eisenhower signed his Eagle Scout card.

​Dave graduated from Penn State University with a bachelor’s degree in Chemical Engineering, and a master’s degree in Fuel Technology. His Master’s thesis resides in the Library of Congress in Washington, D.C., and the body of work provided the technology for the combustion chamber design of the Allison Diesel engines manufactured by General Motors. In recognition of his work, Dave received the prestigious award of Centennial Fellow from the College of Earth and Mineral Sciences at Penn State in 1996. Only 70 of these awards have been given from a university that has graduated more than one million students.

Dave began his career in the homebuilding industry in 1969 as an apartment builder/syndicator. When the condominium trend became popular in California, he converted his apartments to condominiums and began building attached home communities as well. He also developed two large mobile home parks in Northern California during the same period. His homebuilding activities garnered an AIA and Urban Land Institute award for design as well as three MAME awards. In 1991, Dave sold his interest in his homebuilding company and “retired” for two years. After his covenant not to compete was completed, Dave returned to the homebuilding industry as a consultant/author where he currently remains active.

When construction defect litigation began in earnest in California in the 1980’s Dave MacLellan served the industry as an expert witness and consultant on best building practices. After giving testimony in more than 300 lawsuits, Dave wrote the first of three books on homebuilding standards and maintenance. His flagship book, the California Building Performance Guidelines for Residential Construction and Homeowner Maintenance Guide, was first published in 2002 and has been revised through 2011. The book is used throughout the State by builders, homeowners, the courts, and the Contractors State License Board. This publication has raised the bar for the industry by reducing consumer disputes, and its content dovetails into SB 800, the “Right to Repair” law. Subsequently, Dave has given seminars on construction quality control to homebuilder chapters and risk managers across the country. He has also been appointed as a partition referee by the Contra Costa Superior Court, and he has received a Certificate of Mediator Training from the University of Oregon School of Law. His work as a national home maintenance expert has been featured in Money Magazine, Parade Magazine and USA Today.

Dave’s homebuilding company first joined the Building Industry Association of Northern California in 1981. His sponsor was Randy Smith. For the next 30 years Dave played an active role in both the local and state homebuilding chapters including: Director of HBANC Eastern Division 1988-2007 (President 1992); Director, HBANC Regional Board 1992-1993, 2003-2004; Director, CBIA 2004-2006; Member, Construction Defect Task Force 2000-2007; Trade Builders Alliance Council 2009-2011; Risk Management and Insurance Committee 2009-2011. In 2002, Dave was presented with the HBANC William Watson Memorial President’s Award for outstanding service to the industry. He is a 50d Life Spike.

Regarding his involvement in community service, Dave has served on the Board of Directors of The Wellness Community, a national cancer recovery support group. He was a quarterfinalist in the selection of a White House Fellowship during President Gerald Ford’s Administration. Dave’s sponsor was George Weyerhaeuser, the industry icon. From 1996 to 2006, he served as Director of Community Home Builders and Associates, a non-profit organization that built low-income housing. For the past 10 years, Dave has been CEO of The Building Standards Institute, a non-profit organization headquartered in Sacramento, whose mission is to provide education to consumers about homebuilding quality.

Dave splits his personal time between his homes in Walnut Creek, California and Eagle Crest, Oregon. He has a grown son who lives in Portland and a grown daughter who followed him into the homebuilding business in Seattle. In his leisure time Dave likes to play golf, fly fish, white water kayak and snow ski. On weekends he is often see riding his Harley Davidson.

To balance his perspective on homebuilding, Dave has served on the board of directors of 17 homeowner associations, including the ones where his personal residences are in California and Oregon. This involvement has resulted in credibility and respect by plaintiff’s attorneys during his expert witness activities.

When he is not writing a book, or blogging, or giving a seminar, Dave is running his tri-state quality control inspection company. This company, Pacific InterWest Building Consultants, Inc., has operated for the past 15 years by providing written reports of quality control to builders during the progress of construction. To compliment the inspection work, Dave’s companies also provide architectural plan reviews before construction, homeowner maintenance manuals, and post-construction maintenance surveys. Dave fervently believes that a house can be manufactured to the same quality standards as today’s automobiles.