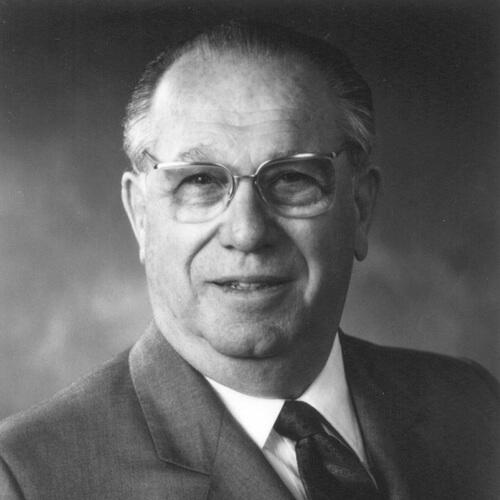 Born in 1919 in Johnstown, Pennsylvania, Ralph M. Lewis received an A.A. from Los Angeles City College, a B.S. in accounting from UCLA and took graduate work in business administration at the University of Southern California. While still a student at UCLA, he made the highest score of a state civil service examination for accountants and was one of the few to pass the 1943 California CPA examination on his first attempt. He holds the distinction of passing the California Bar examination without attending law school, having composed his own law course. Mr. Lewis is licensed in California as an Attorney- at-Law, a Certified Public Accountant, a general building contractor, and he has been a licensed real estate broker.

Prior to 1955, Ralph was engaged in the private practice of public accounting and law in Los Angeles. He became recognized as an authority on accounting and tax planning for the home building industry. Then active in the California Society of Certified Public Accountants Los Angeles Chapter, he chaired its Real Estate Committee and spoke at many meetings and seminars; wrote a series of columns for Practical Builder magazine on business management; and wrote articles published in the Commerce Clearinghouse Federal Tax Service and the Prentice-Hall Tax Ideas Service.

Ralph became a builder in 1955 in partnership with a client. In 1957, he formed his own building and real estate development company in partnership with his wife, Goldy. They and their four sons, Richard, Robert, Roger, and Randall have since built more than 23,000 residential units in California, Nevada, and Utah.

Today, Ralph oversees the operations of the various Lewis corporations and partnerships, which, under the group name of Lewis Homes, develop real estate and build homes, apartments, offices, commercial buildings, shopping centers, and industrial parks in California and Nevada. As a group, the Lewis companies usually rank among the ten largest privately-owned homebuilding enterprises in the United States.

Ralph served on the Advisory Board of Security Pacific National Bank, Inland Division; is on the Dean's Council for the UCLA Graduate School of Architecture and Urban Planning; and is on the Cal Poly, Pomona, School of Environmental Design Advisory Council. He is also a member of the Board of Councilors, USC School of Urban and Regional Planning. He served two years as a member of the California Committee on Housing and Community Development.

Ralph and Goldy Lewis homes have won four prestigious Gold Nugget Awards at the annual Pacific Coast Builders Conference and have been written up in many trade magazines.