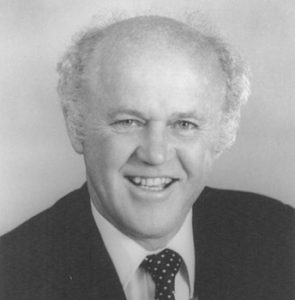 Jim is the recipient of many industry honors including the BIASC Meritorious Service Award in 1980 and the Rodney Radom Memorial Award in 1983 recognizing his long-term contributions to the Pacific Coast Builders Conference and the building industry.

​During his retirement years, Jim will continue to participate in the Coast Guard Auxiliary and to enjoy his boat.