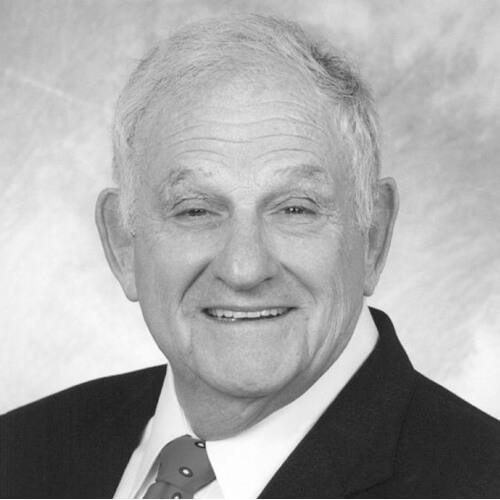 In every industry , there is an individual who affects change through the impact of innovative thinking. In the building industry , that person is Ken Leventhal.

​After graduating with a bachelor’s degree in accounting from UCLA, Ken became a CP A in 1948, then founded Kenneth Leventhal & Company to specifically meet the needs of developers. He quickly demonstrated the wisdom of his thinking as he implemented ingenious ways to finance projects and assist builders with their management procedures.

Thus began a business that would years later be described by Fortune Magazine as having an "attention-getting track record of financial innovation."

That innovation included his money-saving ideas like multiple surtax exemptions and combined financial statements, which enabled clients to get credit. Large construction lenders took notice of Ken's financial prowess, preferring to do business with Leventhal clients, which read like a who is who of the building industry.

As the business changed and unique opportunities arose, Ken was at the forefront, leading builders into new dimensions of success. He tied homebuilders in with Wall Street financial partners and helped merge them into public companies, which led to Ray Watt becoming a subsidiary of Boise Cascade and William Lyon becoming a subsidiary of American Standard, among many other mergers.

As firms in his client base expanded into national entities, Ken opened offices in key cities around the country to provide regional service. When public companies wanted to sell off their real estate subsidiaries, Ken arranged for builders to buy back their companies. As builders flourished and no longer needed their buy-out financial partners, he negotiated early payoffs. When builders became enamored with land, Ken advised them to keep their leveraging down. During down cycles, he negotiated with lenders on his clients' behalf to avoid bankruptcies through non-judicial consensual restructuring.

Through Ken's efforts, his company has grown to eleven offices nationwide, a staff of over 350 and more than 500 clients in real estate. Ken officially retired in 1994 from the firm, which merged with Ernst & Young to become E& Y Kenneth Leventhal Real Estate Group.

It is safe to say that without Ken's services, advice and commitment, the homebuilding business would not be what it is today. There are many who feel he has been the single most important influence on the industry .

What passes as retirement for Ken would be considered full-time for others. In addition to providing advice to builders, he is a trustee at the University of Southern California and is Chairman of the USC Capital Drive, busy helping the university raise $2 billion. With Ken at the helm, you can bet that they will find a way to achieve that goal.