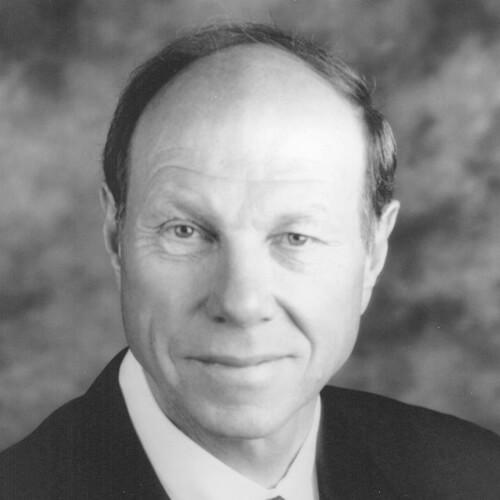 David E. Landon joined Pardee Construction Company in 1970, becoming President and Chief Executive Officer in 1984. He contributed to the unprecedented performance by Pardee, a Weyerhaeuser company. Pardee is noted as a major homebuilder and developer of quality master-planned communities; and in the past decade and a half has posted revenues in excess of $4.8 billion.

David adhered to one goal in all development; to be a good neighbor by creating award-winning environments that enhance desirable homes for families, empty-nesters, and retirees. Pardee communities are found from San Diego to Ventura County in California and throughout the Las Vegas metropolitan area.

David placed special emphasis on schools as a focal point of family markets. His commitment was demonstrated by wide-ranging support of school-related clubs, charities, and special events, such as Boys' and Girls' Clubs, where he was a Golden Boy recipient, scholarship programs, booster club events, grad nights, marathon runs and bicycle races. In addition, Pardee's many Friend of School scholarships support special events, computer purchases and musical programs.

David's longtime membership in the Building Industry Association of Southern California included service on its Board of Directors. He devoted many hours to the Mayor's Growth Management Task Force in San Diego, California and faithfully supported the Pacific Coast Builders Conference. With all endeavors, David upheld the spirit, principles and practices of company founders, George Hoyt, and J. Douglas Pardee, and enhanced their legacy of quality development and community service.

​David resided in Encino, CA with his wife, Ruth, and daughter, Maia, and two grandchildren, Sara, and Robby. David was a native of California and a graduate of UCLA.