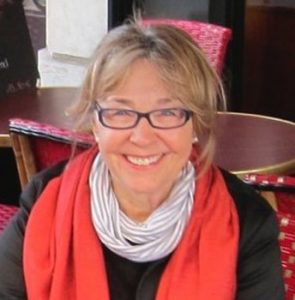 Sandra Kulli consults with builders, MPCs, mixed-use developers, and cities on marketing strategy, working with over 100 companies on 183 communities with a sales volume exceeding $5 billion throughout the US and in Japan, Dubai, New Zealand, Sweden, England, and Mexico.  She’s passionate about collaboration with great teams, loves her granddaughter Michelle, her husband Dan, and her all-electric Tesla and BMW.

Since 1987, Sandra has been an ardent advocate for innovation and teaching in the California Homebuilding business.  She has been president of PCBC, active on program committees, one of the founders of The Vine and taught dozens of seminars at PCBC.  In addition she had taught at USC, UCLA, the Harvard Graduate School of Design, and the MIT Sloan School.

Sandra has served on many ULI national advisory panels, including the ULI teams that wrote “Ten Principles for Successful Development Around Transit”, “Ten Principles for Building Healthy Places” and contributed to ULI’s 2016 “Cultivating Development: Trends and Opportunities at the Intersection of Food and Real Estate.”

With an office in the Arts District at the Los Angeles Cleantech Incubator (LACI), Sandra is surrounded by entrepreneurs, inventors, scientists and policymakers working on LA’s green economy. She brings this knowledge to California homebuilders and developers.

Sandra’s a graduate of Wellesley College and holds a Master's degree from Boston University. She has served on the boards of KCRW, The Vine, ULI-Los Angeles, PCBC, Abode Communities, and CicLAvia. She’s an ardent city bike rider, traveler, and remains endlessly curious about how we can create ever-better new communities.