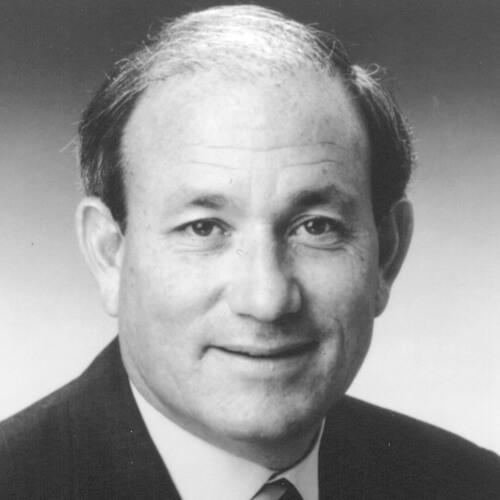 Bruce Karatz is Chairman and Chief Executive Officer of Kaufman and Broad Home Corporation. During his more than 25-year tenure with Kaufman and Broad, with 15 years as President, Karatz has guided the company with consistent growth and profitability that is unparalleled in the home building industry .

Karatz joined Kaufman and Broad's corporate staff in 1972 and demonstrated his leadership and commitment in a number of positions prior to being named President of Kaufman and Broad- France in 1976.

Karatz, well known for his marketing savvy, created one of the most famous marketing events in the history of the building industry while he was based in Paris. He constructed a model home, complete with a car in the garage, on the roof of Au Printemps, one of the city's largest department stores. The home drew a million visitors while on display during the Fall of 1977. Karatz' penchant for marketing has continued throughout his career --in a Los Angeles Business Journal profile he was called "the best merchandiser and marketer of homes in the nation." In 1997, he oversaw what Builder Magazine called "the most successful promotion in homebuilding history" --the construction of a life-sized replica of The Simpson IS cartoon house outside of Las Vegas.

Karatz returned to the United States in 1980 as President of all housing operations for Kaufman and Broad. After re-immersing himself in the U.S. business, Karatz, always keenly aware of the intricacies of the housing market, made the bold move to consolidate Kaufman and Broad's efforts from diversified regions throughout the nation into the market the company knew best -- California. The state proved to be the hottest housing market during the 1980's, and Kaufman and Broad experienced a period of previously unparalleled growth.

In 1985, Karatz was named Chief Executive Officer, and was elected Chairman of the Board in 1993. Kaufman and Broad, under Karatz' leadership, is approaching the 21st century with new growth strategies that include again seeking opportunities in markets outside of California --both the U.S. and abroad --in which the company can apply its proven fundamentals and establish itself as a market leader.

Karatz used the Rayco acquisition as a springboard to launch KB2000 --Kaufman and Broad's innovative business operating model. KB2000 returns the power of choice to homebuyers and imposes strict construction cost disciplines. It has become widely imitated throughout the homebuilding industry .KB2000 has also helped enable Kaufman and Broad to deliver consistent, predictable, and sustainable earnings growth to its investors.

In 1998, Karatz engineered a series of acquisitions of home builders in Houston, Denver, Tucson, and Southern California, which vaulted Kaufman and Broad into the position of being America's leading homebuilder in terms of unit deliveries. The company expects to deliver over 20,000 homes throughout the west in 1999.

Karatz' deeply held commitment to the community is evidenced by his involvement with many civic and cultural organizations. He serves as a Trustee of the RAND Corporation, Chairman-elect of the Board of the Los Angeles World Affairs Council, a member of the Board of Governors of The Music Center of Los Angeles County, and a Trustee of Children's Institute International.

He also served as co-Chairman, along with Los Angeles Mayor Richard Riordan, of the Mayor's Alliance for a Safer L.A., an organization of Los Angeles community leaders dedicated to improving public safety which raised $15 million to buy much-needed computer technology for the Los Angeles Policy Department. He also was asked by Mayor Riordan to help coordinate the construction of the new Los Angeles Homeless Drop-In Shelter.

Karatz is a Director of Honeywell, Inc., National Golf Properties, Inc., and Fred Meyer, Inc. He is also a member of the Los Angeles Business Advisers, the California Business Round table, and the Council on Foreign Relations.

A graduate of The Blake School in Minneapolis, Minnesota, and Boston University, Karatz earned his law degree from the University of Southern California. He currently serves as a member of the Board of Councilors of the USC Law Center.
While in France, Karatz was the first American appointed a Director of the National Federation of Builders and Developers. In 1992, he was inducted into the California Building Industry Hall of Fame.

​Kaufman and Broad Home Corporation, a New York Stock Exchange-listed company, is the largest homebuilder in the west, and among the largest builders in metropolitan Paris, France. The company is also an active homebuilder in Mexico City.