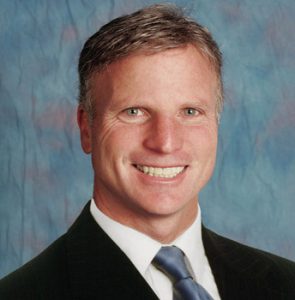 Jon Jaffe joined Lennar Corporation over 22 years ago right out of college. Mr. Jaffe is a graduate of the University of Florida and attended the Masters Program in Architecture from Georgia Institute of Technology.

Lennar Corporation traces its history to 1954 when it commenced operations as a small local homebuilder in Miami, Florida. Since then, Lennar has grown from an initial $10,000 investment to become a $9.5 billion national homebuilding company.  The Company’s initial goal was to build a better home that customers could cherish for a lifetime. Five decades later, the founding principals have not changed. The Company's commitment to quality is seen through their "I Care" approach to building and delivering each individual home.

Beginning in 1996, Mr. Jaffe was responsible for establishing Lennar’s presence in California, one of Lennar’s greatest expansion endeavors. Because of Jon’s efforts, Lennar has one of the most respected homebuilding and land development operations in California. In 1999, Jon became one of the company’s Vice Presidents. And in December 2004, Jaffe was named Lennar Corporation’s Chief Operating Officer.

​Jon serves on the Board of Directors for HomeAid America.