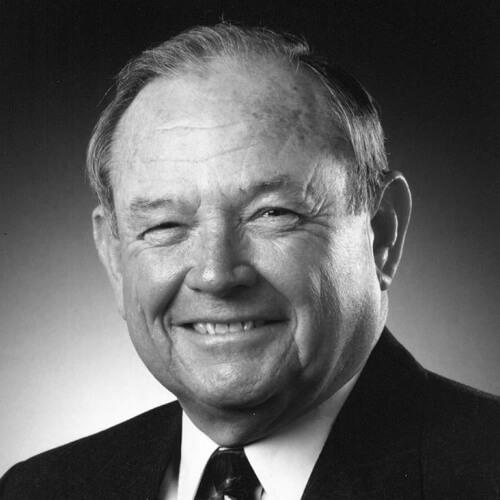 A renowned emissary of the home building industry, Edward "Dick" Huizenga has worked tirelessly for more than 40 years in the private, public and charity sectors to make housing available to more people. It is not his mission statement; it is his way of life.

Dick has dutifully served as a carpenter, general contractor, architectural examiner, inspector, director of a HUD office, vice president of a lender, and builder account manager at another lender. He began his professional career in 1955 as an apprentice carpenter building custom homes and schools around his boyhood home in Monterey, California. In 1957, Dick became assistant manager of an area general contracting firm and by the next year was promoted to manager.

In 1961, Dick began his long and distinguished career with the FHA. Besides a short stint with Kaufman and Broad, Dick received a series of promotions and assignments from HUD.

Dick was also instrumental in the creation of the Building Industry Association of San Joaquin's Construction Advisory Committee. This group worked with the Fresno Unified School District and later Fresno City College to give students hands-on experience working in the building industry.

Dick has been married to his wife, Ida, for over 44 years and has homes in Fresno and near Yosemite National Park. He has one daughter, Cindy Ann. While relaxing, Dick enjoys duck hunting, skiing, and golf.