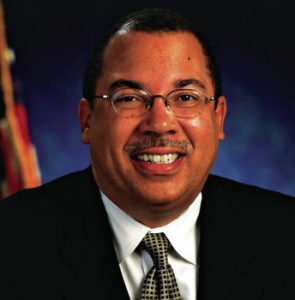 Horace Hogan II is the architect of Brehm Communities’ transformation – beginning in 1999 – from a small, single-county builder founded in the 1960s to a 21st century regional powerhouse engaged in every aspect of residential real estate, from acquiring and entitling land to building and selling homes throughout Southern California. Implementing a strategic plan spawned from 30 years of real estate experience, Hogan continues to guide his firm’s evolution from successful homebuilder to award-winning developer of master-planned communities.

Mr. Hogan’s dynamic leadership has led to myriad successes for Brehm Communities, including: its distinction as 2006 Builder of the Year by the Riverside Chapter of the Building Industry Association (BIA) of Southern California; its completion of the award-winning master-community of Vintage Reserve in Temecula; and its continuing efforts to develop as well as market four of five neighborhoods in the master-community of Lake Hills Reserve in Riverside.

His reputation as an innovator in the creation and successful completion of communities and neighborhoods led to his selection as BIASD Hall of Fame recipient in 2010. Currently he serves as State Representative and member of the executive committee of the Board of Directors for the National Association of Homebuilders (NAHB) and is Co-Chairman of the Pacific Coast Builder Conference (PCBC). He has previously served as Chairman to the Board of Directors for the California Building Industry Association – and has had public policy appearances as a guest speaker before the National Association of Home Builders, the PCBC/Western Building Show, the Building Industry Association and the Institute of Residential Marketing.

In 2006, Hogan was President of the Building Industry Association of San Diego and has served on numerous BIA committees and task forces. Mr. Hogan remains on the Residential Real Estate Committee at the University of San Diego and was appointed by the Mayor to the City of San Diego’s Affordable Housing Task Force.

​Hogan holds a Master of City and Regional Planning degree from Harvard University and a bachelor’s in Architecture from the University of California, Berkeley. He resides in Carlsbad, California with his wife Kimberly and their two children, Jacob and Savanna.