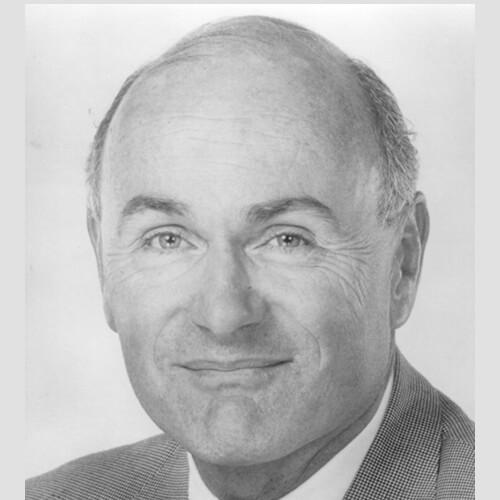 In another era, Sherm Harmer would be regarded as a renaissance man. In our time, he is recognized as a visionary builder who has changed our way of living with his innovative thinking.

As a young man, Sherm developed a passion for self-expression through art. Fortunately, for the building industry and thousands of home owners, his father advised him to let art remain a hobby and seek out a more stable career path.
Following his graduation from the University of Utah with an MBA degree, he also heeded his father’s advice to get involved in community activities by becoming elected to the Utah House of Representatives, while still in his twenties.

Sherm’s building career, which began in Utah, eventually led him to California, where he became president of the San Diego division of California Pacific Homes. One of the company’s more noteworthy projects was the building of the 1,250-unit urban master-planned community of Stonecrest Village in San Diego. California Pacific Homes was ranked as one of the top homebuilders in the state in homebuyer satisfaction, customer service, and product quality and response time.

While he has carved out a successful building career, Sherm has also given to the industry that most valuable of personal resources -- his time. He has held numerous positions for a number of organizations, including Board of Trustees of the California Building Industry Association (CBIA), Board of Directors of the Pacific Coast Builders Conference (PCBC), Life Director of Home Builders Council, and President of the Western Building Show.

Today, Sherm serves as Vice Chairman and Managing Director of Marketing for The Olson Company, working with company founders Steve Olson and Mark Buckland to revitalize California’s urban centers. The company has proven to be very adept at revamping the product to reflect the latest technology and consumer preferences, building for people who are lifestyle driven. Their efforts have resulted in The Olson Company being selected as National Builder of the Year by Professional Builder magazine.

Somewhere in the back of Sherm’s mind is the desire to one day open another gallery of his art, as he did a few years back in Jackson Hole, Wyoming. In the meantime, we can all be thankful that he has chosen homebuilding as the canvas for his personal touch.

​Sherm Harmer. A visionary. A volunteer. A legislator. And dare we say, a renaissance man.