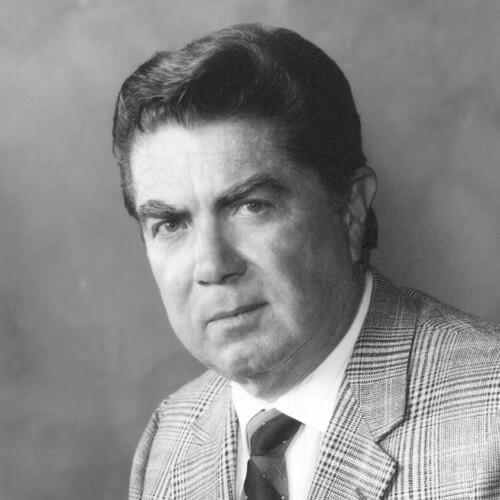 As a 40-year veteran of the home building industry, Richard Hall, President of La Linda Homes, Inc., has built thousands of homes with what he describes as a "hands on" approach. He enjoys involvement in every phase of development, from product design through construction. The company was initially founded in the late 1950's with a mission of building superior luxury priced custom homes and has since become a leading real estate development company with a diverse history building quality residential and commercial projects throughout California.

Richard built his first subdivision with former partner Robert Main in 1960, and in subsequent years the La Linda "team" has grown to include Company Vice President Richard L. Hall, Jr. Several La Linda projects, including the company corporate offices, have won the coveted Gold Nugget Grand Award for design excellence, and visiting Dick's office is a real treat. His passion for collecting is evident -an extensive array of antique wood working tools, wooden shaft golf clubs, old slot machines, a juke box with high school 78 RPM records, and World War I and II memorabilia. Opening the door to his warehouse, visitors feel transported back in time as they view part of his collection of antique and classic Ford automobiles.

Over the years Dick has earned the respect of industry leaders through his dedicated service to the building industry. He was President of the California Building Industry Association in 1990, was twice elected President of the Pacific Coast Builders Conference in 1977 and 1978 and was the recipient of the Rodney Random Award in 1985 from PCBC. He is a Past President of the Building Industry Association of Southern California, twice the President of the Orange County Chapter of BIA, President of the Home Builders Council, Builder of the Year for BIA Southern California in 1980, Life Director of CBIA, and Life Director of PCBC. On the national level he serves as a Life Director of NAHB and was twice national membership chair in 1980 and 1984. He is a Life Spike and was Big Spike of the Year in 1983 (116 new members) and is the all-time California membership recruiter with 637 members. He also has served as a Trustee for the Construction Industry Advancement Fund since 1976. Dick is also chair emeritus of PCBC's Gold Nugget Award competition and is often called the "Father of the Gold Nugget Awards", but Dick gives the credit to Pete Mayer for developing and taking the program to the heights that it enjoys today as the premiere design competition in the nation.

​A native Californian and graduate of University Southern California, Dick was offered an athletic scholarship to USC but World War II intervened. After serving in the Army Air Corps, he returned to USC to find no scholarship and a long wait to get into the College of Architecture. Wanting to get on with his life he enrolled in the school of Business Administration, majoring in Foreign Trade with a minor in Business. When Dick reflects on his business, industry, and association achievements, he is quick to give credit to his wife Marion and to his family for the influence they have had on his life and the success of his business. He and his wife Marion, who is an officer of the company, reside in Fullerton, California as neighbors with their son Rich, daughter-in-Law Shelley, and two grandchildren, Sarah, and Richard James (R.J.), who live in a home that Dick and Marion built 35 years ago.