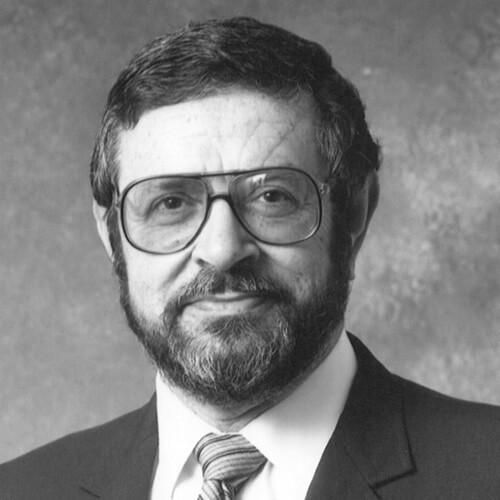 Sanford (Sandy) R. Goodkin, Real estate analyst and consultant. During his 40-year career as analyst, author, economist and futurist, Sandy Goodkin has been involved in more than $38 billion worth of real estate development and studies and is credited with predicting every major trend in real estate development. As chair of Sanford R. Goodkin & Associates and chair/CEO of Goodkin Considine Strategies LLC -both headquartered in Del Mar, California- Sandy works with highly successful entrepreneurs, develops personal strategies for asset owners, and performs overall feasibility analysis. " As I've consulted with the great pioneers and entrepreneurs in the building industry, I've watched and learned the trends," Sandy says. "When I'm analyzing the uses for land and buildings, I go beyond the logical uses to ask, what else is possible?" In answering that question, Sandy became a pioneer in residential research, master planned communities and elderly housing.

His ability to predict trends in real estate has led to Sandy being described as an industry philosopher and Guru. Sandy has written more than 2,000 article and columns on real estate trends for national and regional magazines and newspapers, including Professional Builder Magazine, San Diego Union Tribune, San Diego Metropolitan Magazine, San Diego Magazine, and The Web Apartment Reporter. His book, Goodkin I s Guide to Winning at Real Estate, was a best-seller. "Writing has enabled me to think out the ideas that keep streaming into my mind," Sandy says.

Fascinated with the future since he first discovered science fiction as a youth, Sandy explores potential growth and development trends in his role as senior fellow at the La Jolla Institute and as a director of the California Institute of Cities of the Future. From this perspective, Sandy reports substantial changes in the building industry. “There’s much more of a willingness to go into the urban core, rather than leap out to the edges," he notes. "Builders are part of the new economy and they are learning how society is changing."

Sandy attributes new attitudes in the building industry to improvements in education, many of which he helped to establish. Sandy participated in the creation of the first real estate programs at the University of California Los Angeles and at the University of Southern California and is a former adviser to the Anderson Graduate School at UCLA. He currently serves on the advisory board of the Ernest Hahn Chair in real estate studies at the University of San Diego. "We're getting better-educated troops in the industry," he notes. "People with wider backgrounds are becoming homebuilders. They are doing more research and paying more attention to consumers."

As a futurist, Sandy predicts that two primary changes will revolutionize the building industry. The first is the ability of the homebuilder to discern and focus on niche markets, such as housing the elderly or adaptive re-use of existing buildings. "There are great opportunities opening for specialized builders in every city," he says.

​Information technology will drive the second major change in how the building industry does business. "Every part of a builder's organization will be impacted by electronic technology," he says. "It will catapult the builder into a new century of ideas -using virtual reality to stimulate customers; being on-line with customers 24 hours a day, 7 days a week; developing new ways to partner with vendors." Sandy foresees that the greatest challenge to the building industry is to create modern tools of communication to discuss issues such as land use, density, and the industry's efforts to enhance and protect the natural environment. "We'll be punished in 10 years for what we fail to communicate today," he predicts.