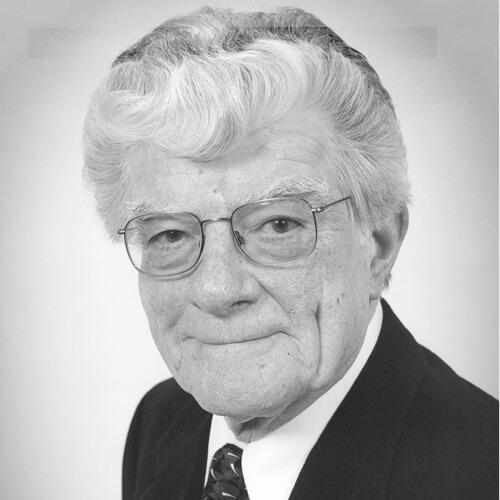 Matt Gonsalves is Founder of Conco Cement Company in Concord, California. Conco Cement Company opened for business in 1959, pouring patios and driveways in Contra Costa and Alameda Counties. Originally, the company was owned by Matt, his brothers Will and Mel, and close family friends Gerald and Ray Santucci. Today, Conco is one of the largest concrete construction companies on the Pacific Coast, operating in California, Oregon, and Washington.

Gonsalves attributes Conco's success to "a very good work ethic." The owners also followed a conservative financial strategy. "We plowed our income back into the company," Gonsalves explains. Conco expanded from residential into commercial and industrial markets to help combat the cyclical nature of the building industry. That strategy substantially increased business since a single commercial project can require as much as 40,000 cubic yards of concrete, or the equivalent of a 600- house subdivision. In 1999, Conco poured 439,000 cubic yards of concrete. When Matt's son, Steve Gonsalves, took a leadership role in the company in the mid-1980s, the company began to diversify into other niche markets. "Steve got us more vertically involved in the concrete industry," Gonsalves says.

Conco now owns some of the most advanced concrete-placing equipment in the industry. Alamillo Steel, a division of Conco, fabricates and installs reinforcing steel used in concrete construction. Another Conco-affiliated company, Reliable Trucking, hauls bulk cement, lime, and aggregate. These businesses have a total of 800 employees, including Matt's daughter, Karen Watson, who is Conco's corporate secretary. All the craftsmen employed by Conco-carpenters, laborers, cement masons, iron workers, and operating engineers-are union members.

The building industry has benefited from Gonsalves's inventive mind. When raised wood floors were more widely used in housing, he invented and manufactured a highly successful precast grade beam system for residential construction. Now, the product is seldom used since most production houses are built slab on grade. To improve the quality of slab foundations, Gonsalves pioneered the use of 10" to 12" MAT slabs that are less prone to crack or bend with expanding soils or other earth movement. These thicker slab foundations are used today by contractors throughout Northern California. Most recently, Gonsalves invented the Waffle-Mat System in which concrete is poured over plastic molds to create a waffle-type mat especially effective on expansive soils.

​Throughout his career, Gonsalves has urged members of construction related industries to join the Building Industry Association as associate members. He was the only associate member to help found the Eastern Division's Building Industry Association Political Action Committee (BIPAC) and was instrumental in creating BIPAC's annual fund-raising barbecue. He has been equally active within the concrete industry, as a founder and current President of the Concrete Contractors Association of Northern California. Working with the Contractors State License Board, he also helped develop the test questions for California's concrete contractor's license exam.