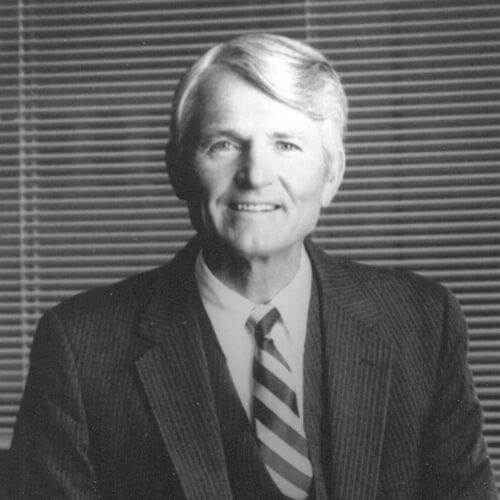 Kim Fletcher was Chairman of the Board and Chief Executive Officer of the Home Federal Savings and Loan Association of San Diego. Home Federal was founded 52 years ago, and now has 161 retail banking offices throughout California. The company makes business and real estate loans nationwide.

Home Federal has established a national reputation as a leading residential, construction and commercial real estate lender with a strong tradition of customer service and aggressive marketing. This has made Home Federal the dominant financial institution in San Diego, the nation' s eighth largest city, and a growing presence in other principal California markets.

Home Capital Development Group, a Home Federal subsidiary, has a substantial interest in some of California's finest real estate developments. Home Capital's prime projects include three San Diego County ventures: Fairbanks Ranch, Carmel Mountain Ranch and Rancho San Diego, as well as major projects in the Laguna Niguel area of Orange County and the Roseville area of Placer County. In all its ventures, Home Capital acts as either a joint-venture partner or a land developer, rather than as a builder.

Kim has a long history of involvement in many industry organizations. He was a Director of the Federal Home Loan Bank of San Francisco. He also served as President of the California Savings and Loan League and Chairman of the Advisory Council to the Federal Home Loan Bank Board in Washington. He was appointed to the Housing Transition Task Force in 1980 by President Reagan and served as a Director of Governor Deukmejian's California Economic Development Corporation. He was a Past Chairman of the National Alliance of Businessmen for San Diego and Imperial Counties, and a Founding Director of the San Diego Economic Development Corporation.

​Kim is a graduate of Stanford University and the Savings and Loan Graduate School of the University of Indiana.