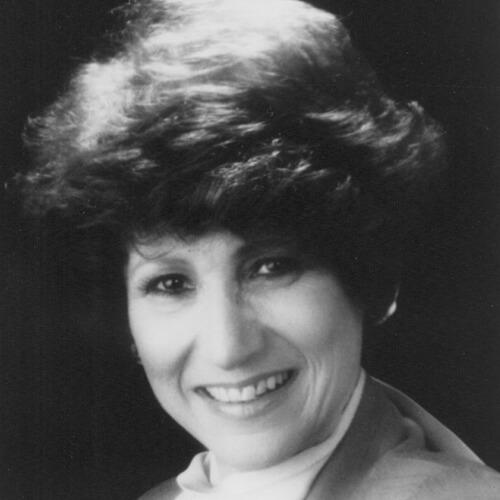 The growth of Carole Eichen Interiors has mirrored the evolution of the sub-development housing industry in Southern California over the last 26 years.

In the crucial area of new home marketing, the firm, driven by its founder, Carole Eichen has led the change. Ms. Eichen was one of the first housing industry executives to recognize the need to involve the homebuyer in the product--emotionally and psychologically.

Her creative and marketing skills were sharpened by challenges faced by her clients--California real estate developers who quickly realized that production housing must have the same personality and appeal as a custom home. These pioneering builders knew that advertising, publicity, and Sunday open house may be effective in generating foot traffic. But it took more than a seasoned salesperson to "close" the transaction. First, the buyer had to be subconsciously sold on the home before he or she would consciously agree to buy.

Carole Eichen had the vision, the talent, and the organization to make that crucial subliminal sale. She coined the terms "interior merchandising" and "buyer profile." She is credited with developing the discipline and spearheading its acceptance.

Her overriding philosophy: make the model home irresistible to the buyer on the conscious level. Help them visualize themselves enjoying that lifestyle and thus make the subliminal connection.

As this approach gained acceptance--and emulation--Carole Eichen pursued the concept of assembling a marketing team that worked together to solve a builder's problem. No longer would individual consultants work independently simply as "vendors doing their job." The synergy of combining different talents and experience and bringing it to bear on a single job would prove to pay important dividends to builders willing to embrace this novel approach.

Over the last two and a half decades, Carole Eichen Interiors has gained a reputation for making model homes inviting, exciting and comfortable, as well as honestly presented. The firm also became known as a discipline marketing organization where the work that was presented was installed on deadline with a no-excuse policy of 100 percent builder satisfaction.

Ms. Eichen was the first person to write a monthly column for House and Home magazine. Her piece, entitled "The Merchandising Scene became so popular that the format was then established in all builder publications. That led to her writing the first book on model home interior merchandising, in 1974, for House and Home Press, a subsidiary of McGraw Hill Publishers, entitled, "How to Decorate Model Homes and Apartments."

During her career, Ms. Eichen has won a wide array of accolades and awards. She won the National Association of Mirror Manufacturers award for creative uses of mirroring and used the cash prize to fund her UCLA Scholarship program. In 1988, she received a special commendation from the Institute of Residential Marketing of the National Association of Home Builders for her support and contribution to the success of the 1988 MIRM Awards. An unprecedented event, she was the only person to be named "Woman of the Year", twice by the YWCA of Orange County. She received this highly acclaimed award in 1988 and 1991 which recognized her contributions in business, to the housing industry and to her community.

In 1990, she was honored by winning the prestigious Max Tipton Award for marketing excellence and achievement. This award is the highest honor within the housing industry which recognizes a marketing professional who is an expert in his field, has contributed his time and efforts through the teaching and service to his peers, who has above average character and who is an outstanding leader and example in the building industry. She has also won numerous MAME, MIRM, ELAN and SAM awards for innovative model home design. She was also the first recipient of the San Diego County Building Industry's Consultant of the Year Award.

Carole Eichen has been instrumental in gaining recognition for others. She was the driving force in establishing the Barbara (B.J.) Stewart Woman's Achievement Award at MAME sponsored by the Sales and Marketing Council of Orange County. She has been an active participant in the BRA and the Sales and Marketing Council throughout Southern California. Ms. Eichen has been a committee member of the Pacific Coast Builders Conference as well as a frequent speaker and has participated in creating many popular programs since its beginning.

Ms. Eichen is active in the Building Industry Association's Home Aid program and has designed and furnished shelters for battered women living in the county. She has also contributed her creativity, time and energy to the Make a Wish Foundation and last year designed a "dream room" for a young girl. Recently, she donated her skills and resources in designing the first inpatient geriatrics unit for UCI Medical Center. She is Vice Chairman of the Board of Directors of the Wellness Community of Orange County a non-profit organization offering emotional support to cancer patients and their families. She is also an active participant in the Orange County City of Hope's Construction Industry Alliance.

​In short, Carole Eichen has never sat on the sidelines of life. And never will.