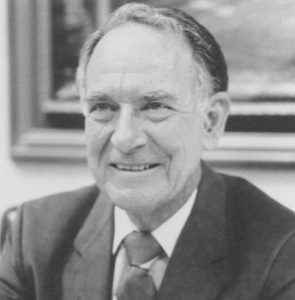 George P. Dunmore is the owner of Dunmore Construction and a general partner with his family in Dunmore Development, based in Roseville, California. George Dunmore's companies have built more than 8,000 homes and 3,000 apartment units.

The Dunmore family has developed communities by building homes, shopping centers, apartments, office buildings and facilities for the elderly throughout California. With a building career that began in 1956, George is most proud of the fact that he and his family have a reputation of building affordable quality homes.

While stationed at Mather Air Force Base in Sacramento, George made the decision to go into home building. After leaving a successful career with the Air Force, (he retired as a Lieutenant Colonel), he established Dunmore Construction Company and began developing small subdivisions in the Sacramento Area.

Later, Dunmore joined forces with Monroe Woodson to form Woodson & Dunmore and their operations began to expand throughout the Sacramento region. His presence in Sacramento during the region's infancy has made Dunmore homes prominent in Sacramento's most desirable communities.