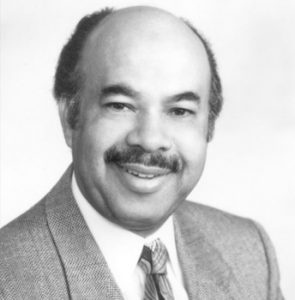 Ward Connerly is President and Principal Consultant of Connerly & Associates, Inc., a housing research and community development consulting firm with a statewide practice. Ward co- founded the firm in 1973 with his wife, Ilene. Connerly & Associates, Inc. administers the Construction Industry Advancement Fund and other construction industry funds and organizations, and has been a leader in assisting the building industry in understanding and complying with energy conservation and other state building standards. His firm has also been in the forefront in the ever-changing state laws regarding local housing plans and affordable housing policies. Connerly & Associates, Inc. has assisted cities and counties throughout the state to prepare housing plans and affordable housing studies, and has a substantial percentage of the California market in this professional field.

After earning a bachelor's degree in Political Theory from California State University, Sacramento in 1962, he immediately became involved in housing and community development issues through employment with the Sacramento Housing and Redevelopment Agency. He later served as the Chief Consultant to the Assembly Housing Committee and Chief Deputy Director of the California Department of Housing and Community Development. Ward was an entrepreneur at heart. He and Ilene started their own business in 1973 to pursue their interests in housing and community development.

Over the years, Ward has volunteered substantial time to a number of governmental boards and community organizations. He has served as a member of the Board of Regents of the University of California, which oversees the nine campus U.C. system since March of 1993. He was also appointed by the Governor in late 1991 to serve on the Council of California Competitiveness in which he chaired the Task Force on Regulatory Streamlining. The Council undertook an in- depth study of the California economy and how governmental policies have affected California's business climate. Other gubernatorial appointments included: membership on the Board of Directors of the California Economic Development Corporation created by the state to attract and retain jobs in California, and the Governor's Transition Council early in the Wilson Administration.

​Ward resides in Sacramento with his wife. They have two children, Marc and Tracy, and a granddaughter named Brittany.