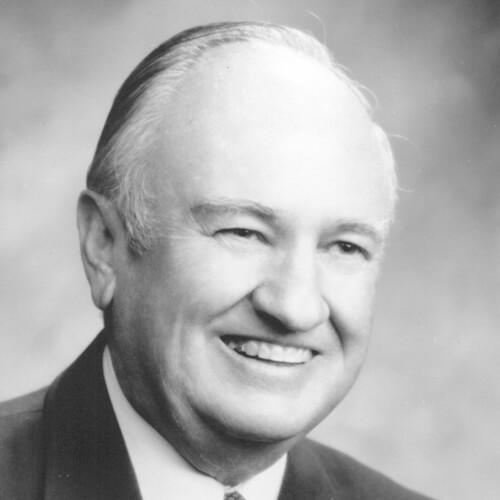 ​Milton J. Brock, Jr. and Carroll E. Brock followed in the footsteps of their father, Milton J. Brock, Sr. Together, they built M. J. Brock & Sons, Inc., into one of the most respected home development firms in the state. The company, whose headquarters are in Los Angeles, builds extensively in that area. It is also the largest builder of single-family homes in Sacramento, having constructed more than 15,000 houses to date. M. J. Brock & Sons, Inc., was founded in 1922.

Carroll E. Brock joined the company in 1948. From 1968 to 1986, he served as Senior Vice President and Division Manager of Sacramento operations. He is currently Chief Executive Officer of Thousand Hills Development Corporation.

​Carroll was named Builder of the Year by the NSBIA in 1985. He was the recipient of the "Others" Award, which is the highest award given to a civilian involved with the Salvation Army.