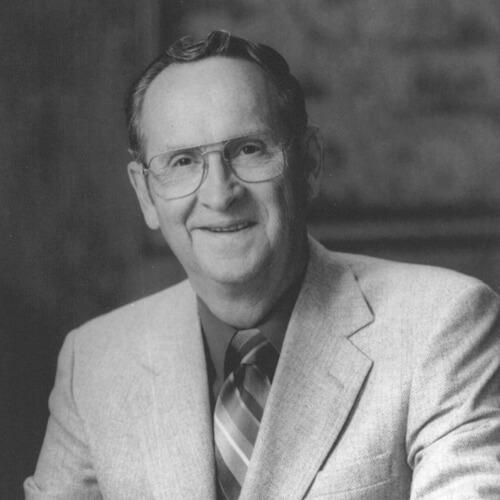 John A. Bristow was the financial management half of Lewis & Bristow Builders. While serving in the Army Air Corps during World War II, he was taken prisoner of war and was in the Bataan Death March. He returned to the United States and attended California Polytechnic College, graduating in 1948.

Lewis & Bristow Builders was an award-winning, custom residential and commercial building firm that was based in Sacramento. Their partnership began in 1946 when both John and Jim were students at California Polytechnic College in San Luis Obispo. There, they purchased one lot, divided it in half, and each built a one-bedroom house. In 1950, after moving to Sacramento, Jim and John officially formed Lewis & Bristow Builders.

From this small beginning, Lewis & Bristow Builders grew into a prestigious corporation, building custom homes in the over $3,000,000 range and designing and building many commercial facilities, often distinguished by residential-type motifs which complemented surrounding homes. The company provided a one-stop development service, including land acquisition, architectural design, construction, cabinetry, interior decorating, and landscaping.

​Many of Jim and John's projects earned national and regional design and construction awards. In 1976 and 1981, Lewis & Bristow Builders was named Builder of the Year by the Building Industry Association of Superior California (now known as the North State Building Industry Association (NSBIA)). In 1981, they received the American Wood Council's Regional Design for Better Living for outstanding use of wood. The American Institute of Building Design and the Masonry Institute recognized their distinctive California Fruit Exchange Building in Sacramento.

In 1984 and 1985, they won the NSBIA Project Development awards for the best custom homes in the upper-end market, including one for The Lakes at Northridge, a 12-acre luxury home project adjacent to the Northridge Country Club.

John was a member of the Kiwanis for over 30 years and inducted into the Legion of Honor in 1988. John spent his retirement years doing community service work for the Kiwanis Club of Sacramento suburban.