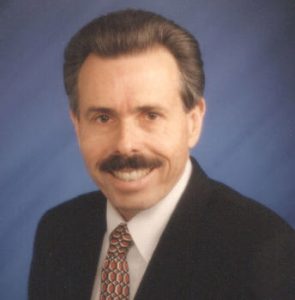 William "Bill" T. Bogard has been an active veteran of the building industry for over 30 years. As founder of The Wm. Bogard Company, Bill has established a premier builder/developer business organization in Central California. In 1995, a decision was made to expand into the Nevada market. The Wm. Bogard Company of Nevada is active in Reno and Sparks and has established itself as a driving force in the Northern Nevada market.

In 1966, Bill started his career in Oakland with Kaiser Aluminum as a financial analyst. After his tour of duty at Kaiser, he took a position with A. T .Kearney & Associates, a management consulting firm headquartered in Chicago. After several years acting as an industrial consultant for development projects throughout the United. States, Bill took a position with Leadership Homes in Northern California to start a marketing research group. He was soon promoted to manage a new division in Reno, Nevada developing single-family residential homes. After leaving Leadership Homes, Bill was involved in starting a new development and home building company named Embree-Bogard Company in Visalia. The company soon became The Wm. Bogard Company.

​Community involvement is an important ingredient for The Wm. Bogard Company. Bill has served as Chairman of the Board for the Lindsay District Hospital; Vice-President of the Visalia Chamber of Commerce; Board of Director of numerous organizations including the YMCA, Board of Realtors, County Center Rotary and many other church, civic and political organizations.

In his spare time, Bill enjoys playing golf, traveling, snow skiing and flying his Bonanza. He has one daughter Nicole Andrade, and three grandchildren.