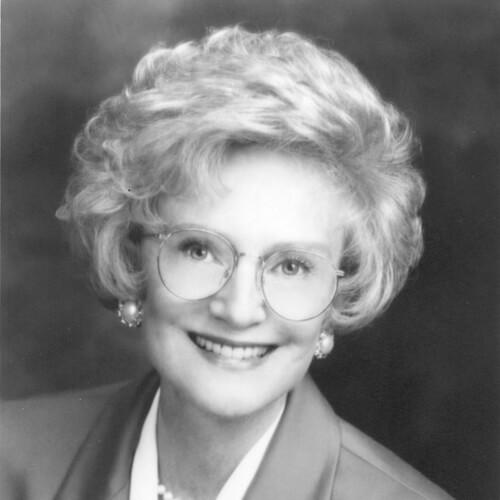 State Board of Education

Marian Bergeson served as Secretary to the Child Development and Education Agency. She was also an Assemblywoman from 1978 to 1984, and a State Senator for three terms from 1984 to 1990, representing Southern California. In 1990, Senator Bergeson was the Republican nominee for California Lieutenant Governor, and in March 1993, was nominated by Governor Pete Wilson as State Superintendent for Public Instruction; the first woman to be considered for this position. Ms. Bergeson held an honorary Doctor of Law degree from Pepperdine University. Marian Bergeson was also a former teacher, school board member, and President of the California School Boards Association.

As a Senator and Assemblywoman, Marian chaired the Senate Local Government Committee, one of only three Republicans in the Legislature to supervise a standing policy committee. She also served as a member of the Appropriations, Industrial Relations, Transportation, Defense Base Closures, Ethics, Health, and Human Services Committees. Ms. Bergeson also served as Vice Chair of Housing and Urban Affairs.

Ms. Bergeson described her most significant legislative achievements relating to local government and planning as her bills on "growth planning." Her efforts have attempted to bring fiscal responsibility and sensible growth planning to California's cities and counties. Thanks to these actions and others, the widely respected California Journal named Marian the top Republican Senator in terms of integrity and energy. She was named Senator of the Year by the American Planning Association in 1988 and Legislator of the Year by the League of California Cities in 1987.

Ms. Bergeson was a member of the State Allocation Board whose policies and funding decisions are vital to our public education system. This seven-member Board is responsible for matters relative to state-funded public school construction projects.

​Marian and her husband, Garth, had four grown children and four grandchildren.