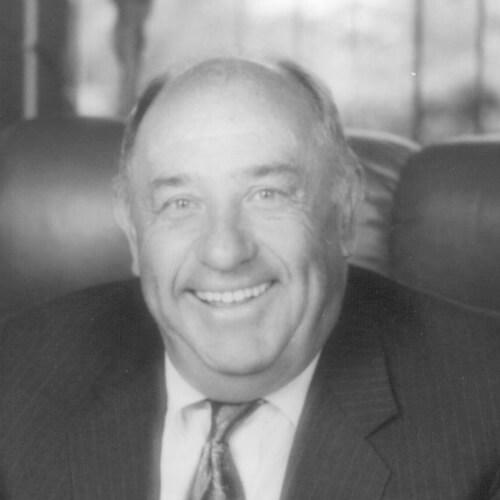 Kenneth E. Behring is a man who has pursed his ambitions and beliefs from the time he was a young man growing up in Monroe, Wisconsin, to his present status as a well-known sportsman and entrepreneur. Fishing and hunting excursions, his golf and tennis games, and his role as the former owner of the Seattle Seahawks professional football team represents his love for sport.

While many people first heard of Ken Behring when he purchased the Seattle Seahawks in 1988, for the regions of the country he helped to build, his accomplishments have been well known for a long time.

After a successful career as a car dealer, Behring "retired" at the age of 27, moving to then sleepy Fort Lauderdale, Florida where he built a house for his family that sold before it was half finished. His company conceived and developed the entire city of Tamarac, a planned recreational retirement community. Today, Tamarac is a city of 70,000 people, and the homes that were originally bought for under $10,000 are now selling close to $150,000. By the late 1960's, Ken Behring had become the largest single-family homebuilder in the Southeastern United States.

Opportunity called Behring to California in 1972 where on the advice of friends, he flew over the Blackhawk Ranch in the Mount Diablo foothills of Northern California. Envisioning the region's growth, he built Blackhawk, a 2,300-home country club community that offers residents two 18-hole championship golf courses with clubhouses, a tennis and swim club and a 25-acre sports complex.

The Plaza features the Museum of Art, Science and Culture, which was created by Behring in a partnership with the University's collections of paleontology, Anthropology, Art, and Science as well as providing a facility for cultural lectures and community events. This museum joins the Behring Auto Museum, a spectacular showcase for 110 of the finest cars ever built.

Recently, Behring has returned to his roots as a builder of active retirement communities. He is currently developing a 4,600-home project in Rio Vista and a 1,300-home golf community in nearby Brentwood, California.

Ken Behring has served as President of the American Academy of Achievement, and he serves on the boards of the Smithsonian Natural History Museum and the University of Wisconsin Athletics. He has also received the Smithsonian's coveted James Smithson Award. Both Boys Town of Italy and the Mount Diablo Hospital Foundation honored Ken as Man of the Year.

​Ken Behring currently resides in Blackhawk with his wife, Patricia.