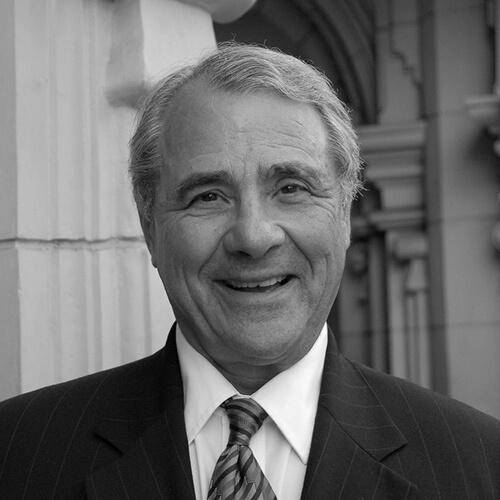 With a career spanning four decades, Robert Adelizzi has over 40 years’ experience in banking, real estate finance, homebuilding, land development and law. Past positions include Chairman and CEO of Guaranty Federal Bank, President and CEO of HomeFed Bank and Chairman of Home Capital Development Group.

Currently, in addition to serving on the Board of Directors of The Corky McMillin Companies, he also serves on the Boards of St. Vincent de Paul and the San Diego Historical Society as well as maintaining active status as a member of Lambda Alpha International, an honorary land economics society.

Bob was admitted to the California bar in 1963 after he served as a Captain in the USMC. One of many outstanding tributes paid to him and his wife, Tommi is being the first recipients of the “Tradition of Caring” award given by the Salvation Army for community leadership.