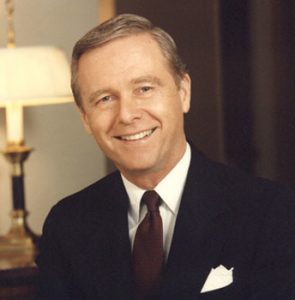 Governor Wilson’s distinguished record of public service includes activism on the part of the homebuilding industry on the local, state and national levels. “Home ownership is a fundamental part of the great American dream,” says Wilson, who served as the first Chairman of the Urban Affairs and Housing Committee in the California State Assembly.  “One reason people prize living in this country, in addition to individual freedom, is that they can enjoy the pleasures of owning their homes and making a useful investment at the same time.”

As Mayor of San Diego, Wilson was instrumental in developing infrastructure to accommodate the region’s growth.  “The no-growth mentality is not new, but it is unrealistic,” he says.  “People seem willing to degrade the quality of life of present residents to discourage growth.  That tactic is doomed to failure.”  As mayor, he streamlined local permitting processes to cut cost and avoid project delays.  “Builders who were in compliance with our rigorous standards deserved a prompt response,” he says.  This same approach was adapted at the state level within the California Trade & Commerce Agency, where Wilson implemented one-stop permitting centers to enable businesses relocating to California to obtain state, local, and federal agency approvals at the same time.

As a United States Senator, Wilson was a reliable vote on housing and growth issues. “It is incumbent upon those in government to be sensitive to the impact of what they do,” Wilson says, pointing to endangered species regulations at the federal and state levels as an example.  “The regulations were inspired by good intentions, but too often imposed absurd and terribly unjust results, causing needlessly higher costs and delays that ultimately rendered projects infeasible.” Throughout his two terms as Governor of California, Pete Wilson championed several major issues that were essential to the homebuilding industry. One example is reforming workers’ compensation practices in 1993 to eliminate fraud, which resulted in a 40% drop in premiums.  The Governor convened a statewide Construction Summit that resulted in proposals for infrastructure development, regulatory reform, and construction litigation reform and led to legislative bills aimed at accomplishing these goals.  In 1998, the Governor was instrumental in the development, lobbying and passage of SB50, the historic school fee reform bill that led to a ballot proposition creating $9.2 billion in school bonds.

The Governor also opposed legislation that would have harmed the industry.  “Justifiable and needed high standards are one thing.  But legislation designed to create litigation or to encourage abuse of regulatory discretion to obstruct construction or other legitimate economic activity is just plain wrong,” he says.  “Government simply must not engage in obstructionism.  I tried to assist the industry by reducing unnecessary cost and removing impediments.”  In supporting or vetoing legislation, Governor Wilson paid particular attention to the practical effects new laws and regulations would have, and consistently opposed “regulation that did not justify itself in terms of the burden it placed on those trying to provide home ownership.”

While Wilson predicts that the industry will continue to face the same challenges “that have made development so much more difficult and costly than it once was,” he suggests a possible alliance that might help the industry further its goals. “It should be plain to those in organized labor in the building trades that they have common cause with the developer,” Wilson says.  He points to the obvious conflict of interest between the building trades and the public employee organizations whose leaders outspokenly support the expansion of government and regulation.   “To the extent that life becomes more costly and burdensome for the developer, the opportunity for home ownership and, therefore, for employment in the building trades is diminished,” he says.