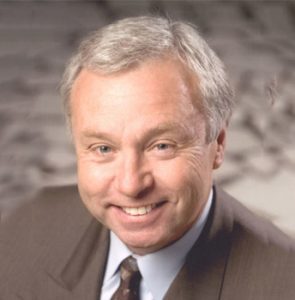 As CEO of John Laing Homes’ parent company, WL Homes, H. Lawrence (Larry) Webb oversees one of the top-five privately held homebuilding companies in the nation. With 20 years of homebuilding experience, Webb leads an award-winning team responsible for eight divisions in California and Colorado doing business under the name of John Laing Homes. WL Homes has grown from $384 million in revenue during 1998 to over $1.5 billion in 2005.

Webb has earned numerous recognitions, including “California Builder of the Year” by Builder and Developer Magazine in 1996; “Legends of Residential Marketing” by the National Association of Home Builders in 1999; and “Builder of the Year” by the BIA of Southern California, Orange County Chapter, in 2002. In 2005, Webb received the Hearthstone Builder National Lifetime Public Service Award, a prestigious philanthropic honor recognizing his lifetime of commitment to public and charitable services.

​Webb contributes to his community and industry in a variety of ways. He donates hundreds of hours annually to Interval House, a home for abused women and children, and has served on its board of directors since 1990. Webb and his staff team up with HomeAid every year to build homes for homeless families in need.  In addition, he has served on the boards of the NSMC, Orange County Housing Authority and is a Member of the Institute of Residential Marketing. Webb also enjoys coaching his daughters’ and wife’s soccer teams and currently serves on the American Youth Soccer Organization’s board of directors.