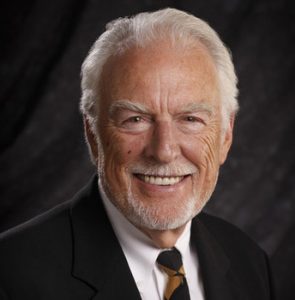 William R. Watt, or "Bill" as he likes to be called, is the Founder and President of Baywood Development Group. Formed in 1977, Baywood was a spin-off of the Irvine Company's Multifamily Division, which Bill was running at the time, and the Company’s first developments were on the Irvine Ranch. Through the years, Baywood has managed to survive as a small private homebuilding company by specializing in the development of unique homes and uncommon neighborhoods. Baywood's innovative approach is evidenced by a series of traditionally designed neighborhoods, which began with Ash Street Cottages in Brea, followed by Arborwalk in Tustin Ranch and Los Paseos in Rancho Santa Margarita.

Over the years, Baywood has occasionally collaborated with public builders to leverage their financial capabilities. Examples would be Savannah and Surrey Farm, in Ladera Ranch, both of which were built in collaboration with Barratt Homes as well as Las Piedras with Standard Pacific. Possibly the best example of Baywood’s unique development style was exemplified by The Sentinels at Santaluz in central San Diego County. Ten Sentinels, each consisting of a very unique grouping of eight single-family homes on a circular pad overlook the golf course and surrounding countryside. Each Sentinel cluster is reminiscent of an early California hacienda. The development won many awards, including two Gold Nuggets, and was enthusiastically received by buyers.

Most recently, Baywood has been building its Baywood Collection in Santaluz - an award-winning development of both semi-custom and speculative homes on unique circular acre-plus lots.

A Southern California native, Bill calls Fullerton his hometown. After graduating from Stanford with an MS in Civil Engineering, Construction, he spent two years on active duty with the Navy Civil Engineer Corps. Responding to a growing passion for design, Bill almost accepted an offer from Princeton to teach engineering and pursue a degree in Architecture. However, at the urging of his Uncle Ray Watt, he decided to become a homebuilder instead and went to work for Watt Industries. Bill says that, at the time, he felt that creative homebuilders were in shorter supply than creative architects.

In 1965, Bill was hired by The Irvine Company to build its shopping centers with the main event being Fashion Island that opened two years later. The Irvine Company began building rental housing for its own account about this time and Bill finally got back to his first love - homebuilding.

​Highlights of his career at The Irvine Company include two memorable accomplishments - the opening of the signature development, Promontory Point, in late 1974; and the master-planned community of Woodbridge in 1976, where Bill's Multi-family Division was responsible for not only the first rental neighborhood but the moderate-income ownership housing as well.

Bill is a long-time member of the Board of Directors of the Orange County BIA with a special interest in providing affordable ownership housing. In 2003, the OC BIA honored Bill with its 12th Annual Tribute to Excellence. He served as President of the Orange County chapter in 2011.

Bill is an avid horseman and spends most of his spare time team roping. Fly-fishing, cooking, wine and wilderness horse packing all come together when he can get away for more than a weekend. He also loves to play bocce and/or partner's hearts if he can get up a game.